Mobile Phones Are off the Menu at This CBD Restaurant

If you suffer from nomophobia it’s best you steer clear. 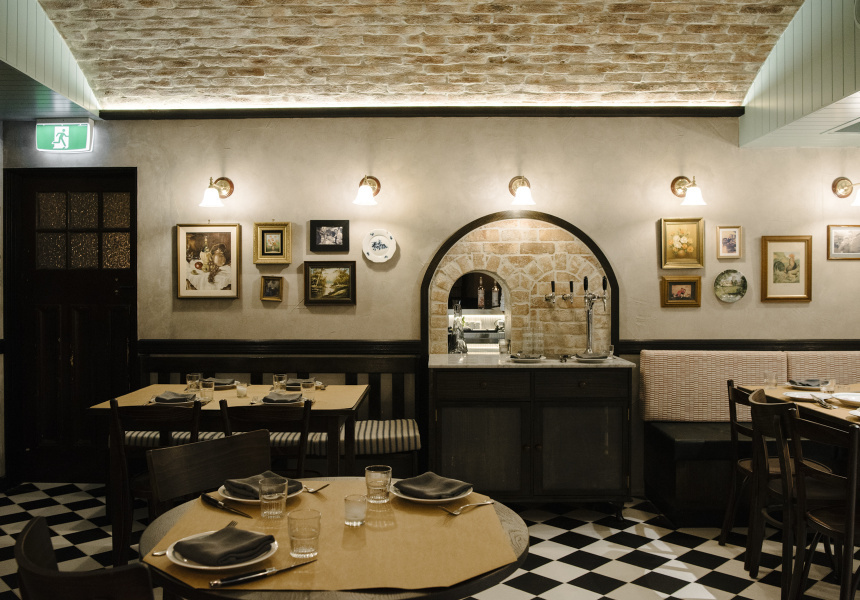 Pass through the discrete door that leads from the bar into the intimate dining room at Bistecca and the maître de will say something you’re not likely to hear often in Sydney: “Upon entering, guests are invited to leave their phones in a lockable draw dedicated to their table.”

If those words give you a flutter of anxiety, you’re not alone. “Nomophobia”, the feeling of stress people experience when they can’t use or access their mobile phones, is a phenomenon identified by scientists from the City University of Hong Kong and the Sungkyunkwan University in Seoul (and written about here).

As I watched diners react to that question over the course of a recent evening, I noticed that most seemed fairly okay with locking their phones in a draw. Well, from the outside anyway.

Most simply laughed, paused and then slowly placed their phones into the tiny timber bed for the evening. It’s even lined with white linen, so you’ll know it will be comfortable.

“People are surprised … but so far they are [open] to the idea and, post dinner, love it,” says James Bradey, co-owner of Bistecca. “The aim is for people to enjoy each other’s company and the environment they are in without distractions.”

The idea came about on a trip to Italy he and other Bistecca co-owner Warren Burns took before launching their dedicated bistecca alla fiorentin restaurant (bistecca is a T-bone traditionally cooked, originally in Tuscany, over coals and served rare) in Sydney’s CBD.

“When scoping out the dining scene in Tuscany, we didn't have data on our phones so found ourselves leaving them behind in the hotel room. Out of habit, most people check their smartphone, so it was refreshing not reaching for them during dinner. The theme of Bistecca was brainstormed over a mobile-less table,” he says.

It’s not mandatory to abandon your device at this restaurant, but it’s in keeping with the “disconnect to reconnect” and digital detox trend. At Contact Bar and Kitchen at Woolloomooloo, guests are also encouraged to put their phones in a locker so they'll engage more with fellow diners. Some overseas restaurants even ban devices outright.

At Petit Jardin, an otherwise unremarkable French restaurant in the small town of Saint-Guilhem-le-Désert in the south of France, there’s a no-phone policy that is enforced in a mood-destroying way not dissimilar to how soccer players are penalised. If you’re caught using a phone at the table a waiter blows a whistle and awards you a penalty card. Two strikes and the offender’s kicked out. (The owner also has issue with tomato sauce and Coca-Cola.)

Earlier this year David Chang of the Momofuku empire (which includes Sydney’s Momofuku Seiobo) banned photos at his restaurant in New York, Momofuku Ko, saying to food bloggers: “It's just food. Eat it.”

Last year, influential French-British chefs and restaurateurs, brothers Michel and Albert Roux, did the same at the Waterside Inn in Berkshire, Britain. “Maybe once during the meal you want to take a little photo of something because it's unusual,” Michel said to the Daily Mail. “But what about the flavours? A picture on a phone cannot possibly capture the flavours.” The move prompted Gordon Ramsay to call one of the chefs an “old fart”.

When asked how he feels about people posting photos of Bistecca to social media, Bradey says he isn’t fussed, but he does want to be able to maintain a sense of mystery with his underground venue. “Social media is a fantastic way for businesses to connect with audiences, but it shouldn't replace an experience that can be shared among friends,” he says. “We don't explicitly share elements of Bistecca online for a reason – we want to generate intrigue and let people discover it for themselves."