Mad Paws Offers the Perfect Side Hustle For Animal Lovers

Just don’t get bitten by a cranky lorikeet. A border collie happily rolling in the grass, an English bull terrier in a Hawaiian shirt and a chihuahua in a bumblebee costume; Erika Munoz and Lucerito Farrel’s joint Instagram account is overflowing with dogs. And cats. And even the occasional guinea pig.

The Sydney-based sisters’ social media output is a menagerie, and yet neither have pets of their own – they’re pet sitters.

“We get to know so many personalities and breeds, they just make us really happy,” says 32-year-old Munoz, who works for a software company by day.

“There is nothing better than making money doing something that you love.”

The pair’s side hustle has been so lucrative it even paid for a two-week family trip to the Philippines with their mum.

Munoz and Farrel are two of more than 15,000 pet sitters and walkers available through Mad Paws – Australia’s largest online pet-sitting network – offering away-from-home and in-house sitting and drop-in services for pet owners going on holidays of their own.

The idea for the Sydney-based startup came to Alexis Soulopoulos while the then Sydney University student was pet sitting Honey, a friend’s labrador.

“I looked after my friend’s dog and had a fantastic time and realised then there must be many people just like me who love making some extra income, love animals and have some extra time,” Soulopoulos says.

The 27-year-old, originally from Belgium, joined forces with friend and fellow entrepreneur Jan Pacas to co-found Mad Paws in 2014 – in three-and-a-half years it’s tripled in size and gone national.

Soulopoulos says the Mad Paws vetting process ensures its sitters are reliable, skilled and always put pets first – only around a quarter of applicants make the cut.

“We don’t do pet sitters that have 10 cages and 10 dogs – [we offer] one-on-one personal attention. I think that’s the way the relationship with pets and humans works best,” he says.

The team of “pet fanatics” is all covered by premium public-liability insurance and members have star-rated personal profiles with photos and testimonials. There’s also an online support team to handle queries and crises around the clock.

Pet sitters set their own rates – depending on the services they offer – and pay a 15 to 20 per cent service fee to the company. The average nightly fee is $30.

Recent data from the Sharing Hub (an organisation that supports sharing-economy platforms and users) shows 3.4 million people in NSW (about 45 per cent) have used the sharing economy to boost income and bolster finances in some way – a number expected to rise to 59 per cent by the end of 2018.

For Munoz, who works nine to five, the flexibility and simplicity Mad Paws offers is key.

“For Uber you have to have a car, but for Mad Paws there are so many different ways to get up and running,” she says.

“[The platform] is easy to use. For us it’s easy to see everything. We have [a calendar with] upcoming bookings … and the online chat is great. There is always someone there to help us.”

She and her sister also keep in touch with pet parents suffering from separation anxiety via WhatsApp (a digital messaging service) and keep photo albums for all their clients – so far they’ve not found themselves in the dog house.

“The lorikeet bit my sister in the finger, but besides that we’ve been super lucky, had really good pets and never had any problems.” 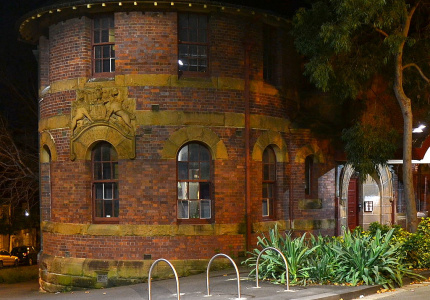