A World War II-era factory will be adapted to create more space for public parkland, which will include spaces for food and beverage operators, as well as cultural events. 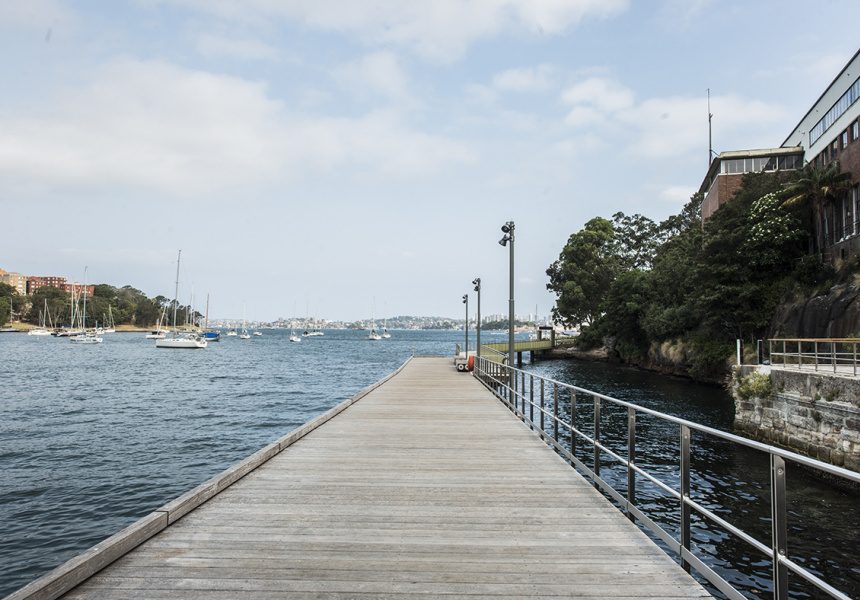 In 2018, a sliver of land on North Sydney’s foreshore was opened to the public for the first time in more than 150 years, taking new shape as a park with an overwater boardwalk, play equipment and barbeque facilities. Sub Base Platypus was formerly home to Royal Australian Navy’s Oberon-class submarines; still standing on the site is a WWII-era torpedo manufacturing and maintenance factory, which has also been off-limits to the public since its construction. Now, 30 per cent of that factory – on a prime piece of harbourfront, clifftop real estate – will be torn down to make way for more public parkland, reveal the dramatic cliff face currently hidden by the building, and create space for expanded parking facilities.

The new parkland, operated by the Harbour Trust (which owns the land), will include landscaped terraces to replace the multi-level harbour-facing portion of the former factory. It’s expected that 70 per cent of the factory floor will be retained, as well as its sawtooth roof. The structure’s importance to Australia’s WWII efforts will be explored via a range of means, including an “interpretation walk” that will “incorporate interpretive elements”, according to a consultation outcomes report. Former employees of the site will provide oral histories of their time there. Attention will be also be paid to the site’s First Nations history, as well as the Aboriginal people who worked on the submarines at the site and the factory.

Intended as a community space, there will be opportunities for pop-up cafes and potentially markets and other “community uses”. The site is set to be planted using local species, including those that provide shade.

Work on the site is expected to commence at the end of this year, and it’s estimated to take around 40 weeks.