Including travel limits and outdoor mask wearing for people in some local government areas. The NSW Government has again tightened restrictions in parts of Sydney, after the state recorded 239 cases in the 24 hours to 8pm last night. From 11.59pm tomorrow night, residents of the eight local government areas of concern will need to wear a mask at all times when in public, including outdoors.

“If you step foot outside your household, you need to wear a mask at all times,” said NSW premier Gladys Berejiklian at this morning’s press conference. “It doesn’t matter where it is.”

Residents of those areas will now also be subject to a five-kilometre travel limit; they will not be able to travel further than five kilometres from their home in any direction, “unless there are exceptional circumstances”, said Berejiklian.

“It doesn’t matter whether it’s for shopping. It doesn’t matter whether it’s for other exercising that you’re allowed to leave the house for. You can’t move beyond a five-kilometre radius, and that includes singles bubbles. If you want to have a singles bubble in a local government area of concern, you cannot have anybody move, or you can’t move, within five kilometres of where you live.”

In addition, fines for not wearing masks when required will increase from $200 to $500 to deter people from not adhering to those rules. And from tomorrow, police will have the power to close a business, workplace or worksite for violating public-health orders.

Today’s case numbers are the highest since the pandemic began in March last year. It follows on from yesterday’s confirmation that Sydney’s lockdown will be extended until August 28.

Stay up to date with the latest Covid news and updates at NSW Health.

Here’s what you currently can and can’t do in Greater Sydney. 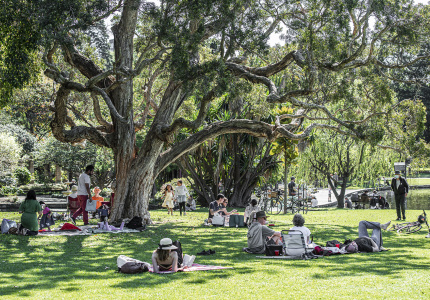