It’s the first time an entire area is being targeted – and the government is footing the bill. 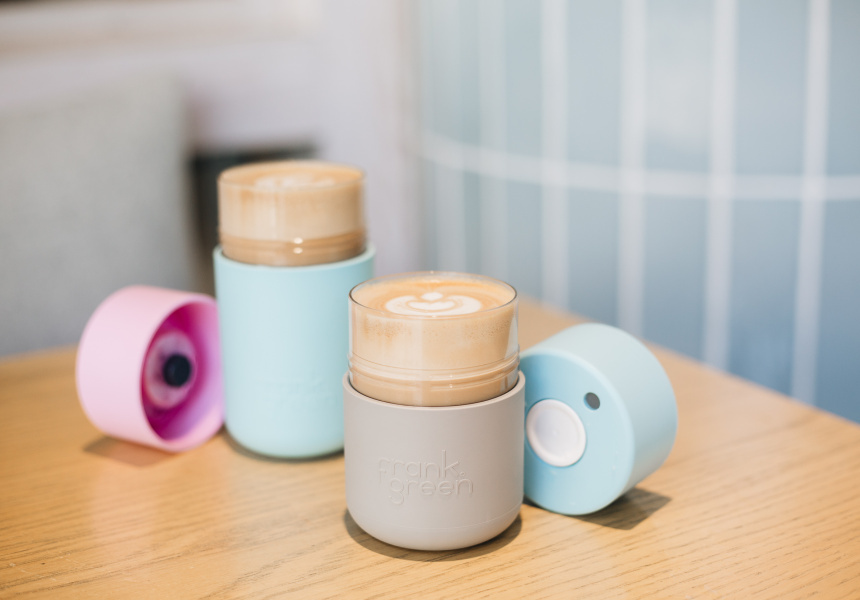 A reusable coffee cup you don’t need to carry around or wash is one of the options the Inner West Council is considering to combat the huge number of disposable coffee cups used in its electorate. It has just green lit a pilot program that will replace all single-use cups with reusable coffee cups or KeepCups, which can be collected or dropped off at any participating venue.

The council – which covers Balmain, Ashfield, Dulwich Hill, Marrickville and Newtown – was inspired by a similar model successful in Freiburg, Germany.

The pilot – paid for by the Inner West Council – will be rolled out in one area, perhaps Balmain or Rozelle, and is aimed at undoing some of the damage caused by Australians disposing of a staggering 50,000 takeaway coffee cups every 30 minutes, sending roughly a billion to landfill each year.

“The great thing about the inner west is there’s lots of cafe and small-business owners who are also inner-west residents, and who are open to new ideas and more environmentally friendly ways of doing business,” Mayor Darcy Byrne tells Broadsheet.

Byrne says the council will take care of all the operations, costs and logistics to make the pilot work. It involves reaching out to cafe operators in the inner west to get them on board, purchasing and dropping off the reusable coffee cups, promoting the initiative, and then ensuring the program is efficient and running properly.

Byrne says a program like this costs tens of thousands of dollars, but says it also saves the council money. “With the enormous number of disposable cups that we’re paying to take to landfill, there could be big savings as well,” he says. “Coffee cups ending up in landfill costs rate payers an astronomical sum.”

When asked if he thinks customers not returning their cups will be a problem, Byrne says they’re planning ahead. “The reason it can work, and has worked in Germany, is because it does away with the disincentive. Customers don’t want to carry around a dirty coffee cup with them all day and remember to take it home and wash it. If you have all of the cafes in one street or suburb participating, then that allows customers to exchange the cup at any cafe,” he says.

So far the council has been impressed by the response. “I have already been in contact with a number of cafes in the inner west and everyone I’ve spoken to is very enthusiastic about the project,” he says.

Last week the council also voted to join more than 3600 cafes, councils and universities as a partner of the not-for-profit Responsible Cafes program, which works towards eliminating single-use coffee cups. So far it has saved more than 36 million plastic cups and lids from going into landfill annually.

Looking for a reusable coffee cup? Here’s one Broadsheet loves.