Inner West Council Urged to Splash Cash and Save “The Dawnie”

Mayor Darcy Byrne says “the doors will close” if the council continues to stall urgent repairs. 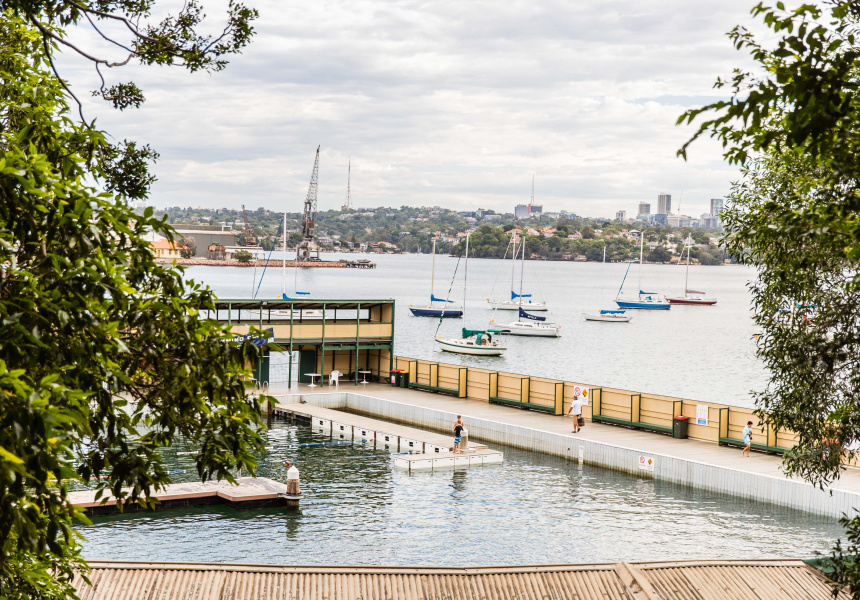 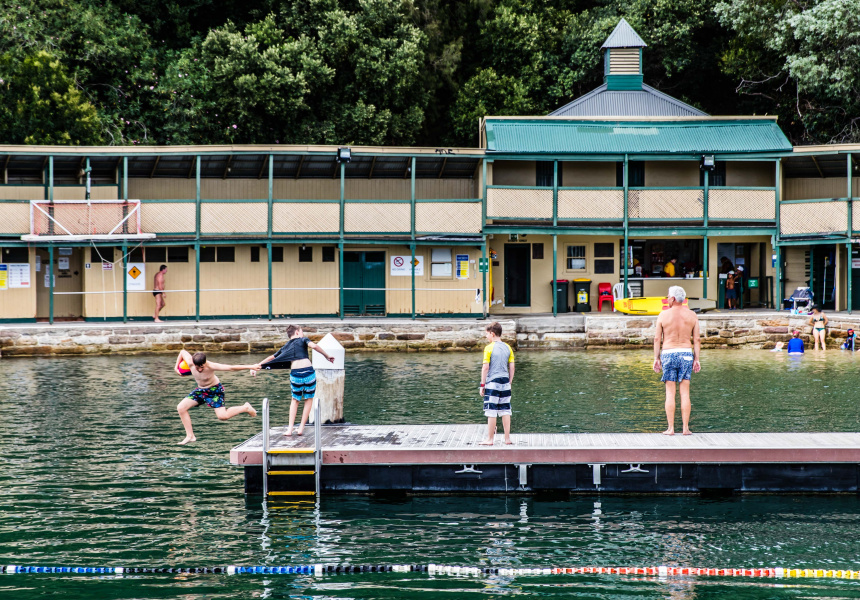 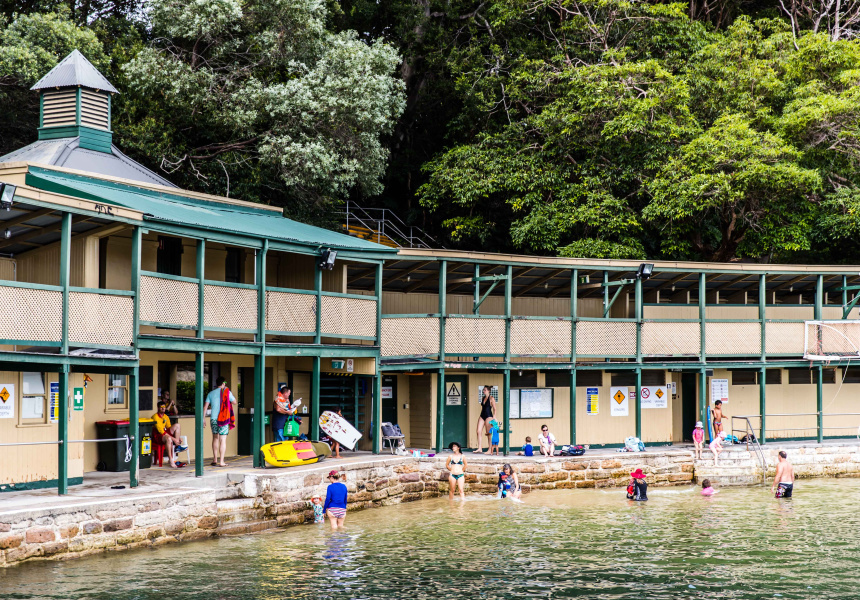 Balmain’s heritage-listed Dawn Fraser Swimming Pool, aka “The Dawnie”, was built in the early 1880s and its age is starting to show. The Southern Pavilion now leans perilously towards the water, while rising sea levels threaten to inundate other parts of the facility with increasing regularity if urgent repairs aren’t made soon.

In January, a king tide caused water to creep into the kiosk and other amenities, and the whole structure needs to be raised if Australia’s oldest public pool and amateur water polo club is to survive.

“I think we do have to be brutally honest here – if the works aren’t undertaken in the near future the doors will close,” Inner West Mayor Darcy Byrne told Broadsheet.

Late last month the Inner West Council committed to $6.7 million worth of repairs to ensure the historic baths (named after swimming icon Dawn Fraser, who learned to swim there) remain “safe and operational” and can continue to house the Balmain Water Polo Club.

But at the same August 28 meeting, the council then voted against funnelling $1.1 million allocated to demolish the front part of Balmain’s Telstra Exchange Building for public space into saving the pool, which Byrne says leaves a $2.2 million funding shortfall.

“In my view, I’d rather save Dawn Fraser Pool than hand over ratepayers’ money to Telstra,” he says.

Greens councillor Rochelle Porteous argues both projects are important for the inner west, and told the Sydney Morning Herald mitigating the effects of climate change on public infrastructure falls beyond the purview of local government.

“This requires resources which are beyond the capacity of all local councils and the state government needs to step up,” she told the SMH.

On Facebook councillor Porteous reiterated the position, adding the Greens had voted to get the repairs done “as soon as possible” and “voted to fund the building of the Balmain Heritage Town Square” (on the former Telstra site), too.

So far, the council has applied for a $4.2 million grant from the state government’s Greater Sydney Sports Facility Fund, but the outcome of the application won’t be known until October.

It’s also the third such grant the council has applied for from the same pool of money, says Byrne, who argues, “this state government doesn’t like spending money in the inner west of Sydney.

“I think it’s pretty reckless to say, ‘Let’s just hope for the best’ and cross our fingers … I think the council has to try to find the funds itself for what is a local government asset,” he says.

The 10-year master plan for the baths – available online – is on public exhibition until September 28, and open to feedback.

It outlines proposed renovations such as increased access to the existing showers, toilets and change rooms; new unisex family change rooms; more seating (including sun lounges on the deck); lighting upgrades; plans to raise the baths’ floor and beach area; as well as a raft of other improvements to the pool, its amenities and Elkington Park surrounds.

“If you want to prioritise something and deliver a project at local, state or federal government level, you have to find a saving in order to do it or a revenue stream … people who say that they want to save Dawn Fraser Pool but then vote against the funding for it are talking out the sides of their mouths,” he says.

“I’m asking councillors to think again, to listen to community sentiment; I’ll be convening a demonstration at the pool in the near future to mobilise people.”

Byrne says his planned poolside protest will take place before the next council meeting in October, where he will again make the case to his fellow councillors for fully funding the project.

“This is a place that has enormous heritage significance but is also very relevant in a contemporary sense. It’s still loved by hundreds of thousands of people across Sydney, still has great visitation. These are all important reasons that we have to save the pool so that in 100 years’ time kids in Sydney are still able to go down and learn to swim there as I did,” he says.

Broadsheet contacted the Inner West Greens for comment but did not hear back before publication. The public can view and comment on the Dawn Fraser Baths Master Plan here.

Dawn Fraser Baths is one of Broadsheet's Sydney Classics. Read it here.