How To Ride Sydney’s New Light Rail Like A Pro

The lowdown on routes, boarding and fares so you can casually hop on and off like you’ve been doing it for years. 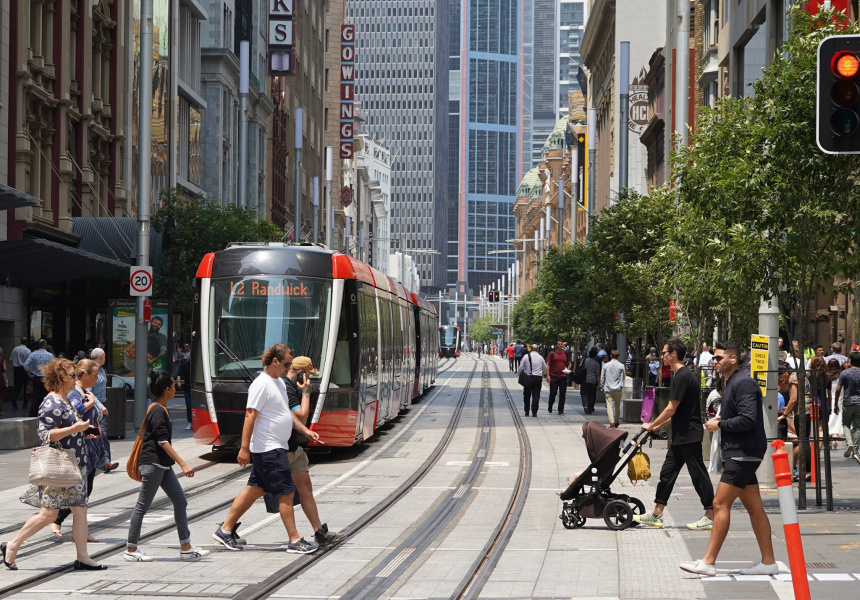 On Saturday December 14, Sydneysiders boarded a tram on Sydney’s main thoroughfare, George Street, for the first time since 1961. Nine months late, the CBD and South East Light Rail opened for travel between Circular Quay and Randwick. Here’s your guide to acting like you’ve been at it since the ’60s.

At Chinatown, Haymarket and Central, the L2 line meets the already operating L1 line, which travels through the inner west to Dulwich Hill.

If you want to plan your journey, check out this interactive map. Down the track (pun intended), another line, the L3, will extend to Kensington and Kingsford. It’s due to launch in March 2020: we’ll keep you posted.

Where do I find the light rail timetable?
Gotcha – that’s a trick question. There is no timetable. The light rail offers a “turn up and go” service. Trams run from 5am to 1am daily and, for the first six months, from 7am-7pm. Expect them every four to eight minutes between Circular Quay and Central, and every eight to 12 minutes between Central Station and Randwick.

Within the carriages and on the platforms are displays relaying real-time travel information, like when the next tram’s due and where your tram will next stop.

There’s been a call to extend the hours of operation so late-night revellers can get around the city, especially now the lock-out laws have been relaxed. There’s no word of this happening yet.

What’s the damage?
Fares are determined by distance. Journeys of up to three kilometres set you back $2.24; those of three to eight kilometres are $3.73, and trips longer than eight kilometres cost $4.80. Catch a bus, train or tram within one hour of tapping off and you’ll get a $2 discount on that ride.

How do I pay?
Like the rest of Sydney’s public transport network, the light rail accepts Opal, as well as contactless payments and devices, as long as they’re linked to a credit card (American Express, Mastercard or Visa). You’ll find Opal readers on every platform, to tap on before boarding and tap off when you disembark.

Hot tip for an efficient trip
For those who don’t like to waste time, wait in the middle or at either end of the custom-built platforms so you’ll be perfectly placed at the opening doors.

Seven useless and useful pieces of information to impress your dinner-party guests
1. Each light-rail vehicle can move up to 450 passengers (that’s the same as about nine buses). There are 30 vehicles in the fleet, with the collective capacity to carry 13,500 passengers per hour.
2. Each light-rail vehicle is comprised of two linked Citadis X05 trams and is 67 metres long. A Melbourne tram is generally 34 metres.
3. Light rail uses 10 times less energy than a car (per passenger kilometre).
4. Between Circular Quay and Town Hall, the light rail runs on a ground-level power supply, so there’s no need for overhead wires.
5. The light rail’s maximum speed is 70kmh. At 20kmh, a tram needs 15 metres to stop and, at 40kmh, it needs 40 metres.
6. The light rail was scheduled to open in March 2019, so it’s nine months late.
7. The project cost $2.9 billion: $1.3 billion more than the state government predicted when it announced the idea in 2012.

This article first appeared on Broadsheet on December 11, 2019. Some details may have changed since publication.