Has the NSW Government Lost Its Mind?

Is our city finally turning into the town from Footloose? It seems like the state’s fun police have run out of fun to kill – now they’re coming for the disco balls. 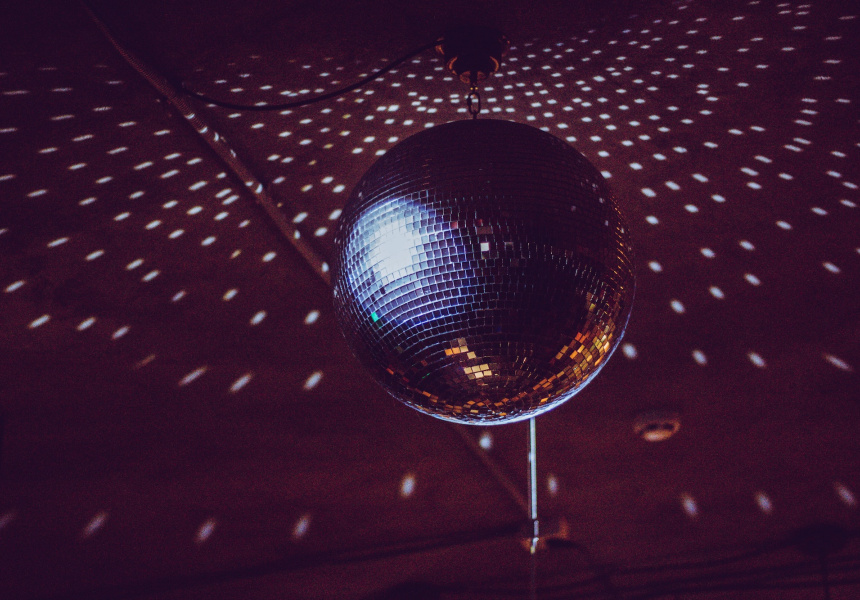 In the latest instalment of Footloose Sydney, a Surry Hills restaurant is claiming it might face extra restrictions merely because of the presence of a disco ball.

Izakaya-style joint Goros is referring to a report released as part of the recent Inquiry Into the Music and Arts Economy. In it, NSW’s assistant police commissioner Mark Walton answers a question about venue decorations that may need to be regulated:

“Venue decorations such as a mirror ball in and of themselves are not considered a significant issue. However, the installation of a mirror ball implies an intent to provide for a dance floor.

“The inclusion of a dance floor would need to be considered in a Development Application approval. Police would have concern that the installation of a mirror ball in a premise that has not been approved for a license that allows for the dance floor could mean that the premises is being used for purposes not allowed for by the given conditions.”

A spokesperson for Solotel, the group that owns the restaurant (as well as Chiswick, Barangaroo House, Courthouse Hotel and others), told Broadsheet that hanging a mirror ball could lead to the izakaya being classified as a club. If that happens, it’ll be obliged to follow different rules – such as serving drinks in plastic cups.

“Sadly, if we put up a mirror ball and create a dance floor space we’ll have nightclub-type restrictions put on us (such as having to switch over to plastic after 11.30pm),” says the Solotel spokesperson. “It’s a good example of the odd clauses found in many liquor licenses and DAs in NSW. It’s also important to note that we operate Goros like a small bar, with Japanese food, booths, arcade games and karaoke rooms – it’s a long way from a nightclub.

A spokesperson for the Minister for Racing Paul Toole told Broadsheet the comments by Solotel are disappointing because they are wrong: “Let us make it quite clear – the Goros venue’s liquor licence does not contain any conditions restricting the use of mirror balls, noise, dancing or use of particular types of lighting. These comments talk down the industry and are being used as part of a political campaign.”

Jenny Leong, the Greens’s member for Newtown, posted about the disco ball inferno on her Facebook page, and told Broadsheet the disco ball “ban” is indicative of a bigger issue across the state.

“The NSW police are cracking down on fun,” she says. “We know the police are implementing strategies that don’t work. The regulations around the disco balls and lighting show the police have far too much oversight, they need to leave things like this alone.”

In an opinion piece published in Broadsheet, three of the party’s candidates running in the March 23 election wrote that it’s not just the lockout laws disrupting NSW’s nightlife. “Scratch a bit deeper and you’ll see something seriously wrong with the city,” the authors warned.

Leong says if the Greens are elected, they’ll abolish the lockout laws and talk to members of the arts and culture community to determine how a safe environment can be created without cracking down on fun.