The piece – created in response to the knife attack in Sydney on August 13 – is more than 10 metres long and spells out “peace”. 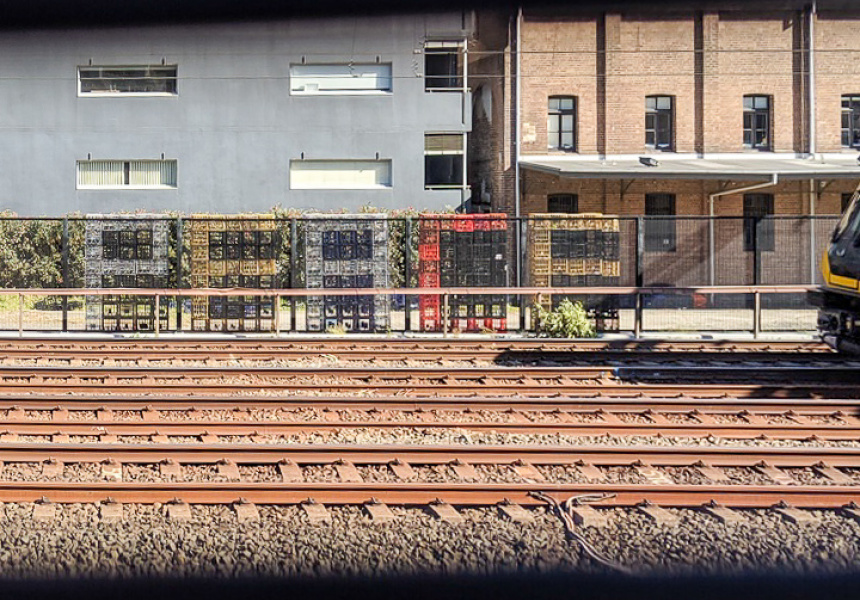 Commuters taking the train to the city this morning may have been struck by an unfamiliar sight: more than 200 milk crates stacked to spell out “peace” just west of Newtown station, in Sydney’s inner west. The 10.8-by-1.8-metre installation was put together by local artists Craze, Crisp, Elli Devine, Miguel Martin and Caesar Baydonious.

The installation is a response to the knife attack in the CBD on August 13, in which one woman was killed and another injured. Bystanders used a milk crate to help pin down the offender.

In a statement, the artists describe their project as “an act of solidarity and … a protest to highlight the need for more funding and support for mental health, addiction recovery and domestic violence in Australia”. (The perpetrator Mert Ney is known to have a history of mental illness.)

“Only when, as a society, we start supporting and funding more mental health, addiction rehabilitation and domestic violence programs will we see a reduction of violence and death,” said Crisp in the statement. “Compassion, treatment and services are desperately needed to prevent people with these issues from harming themselves and society.”

Craze added: “I hope this brings a smile to faces and peace in our hearts, knowing that we’re together as a community.”

The group has dedicated the work to Michaela Dunn, who was killed in the attack.

The group tells Broadsheet it doesn't know when (or if) the work will be removed. 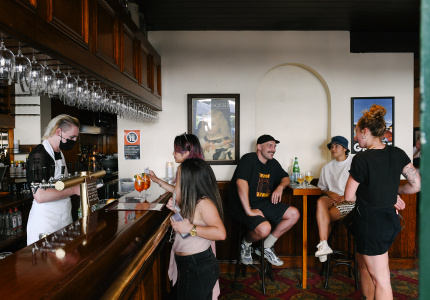