The government’s original plans for the soon-to-be former Sydney Fish Market site and its surrounds were criticised for creating an “imposing shadowland” thanks to towers of up to 156 metres, or 45 storeys. Now, parts of that plan have been scaled back. 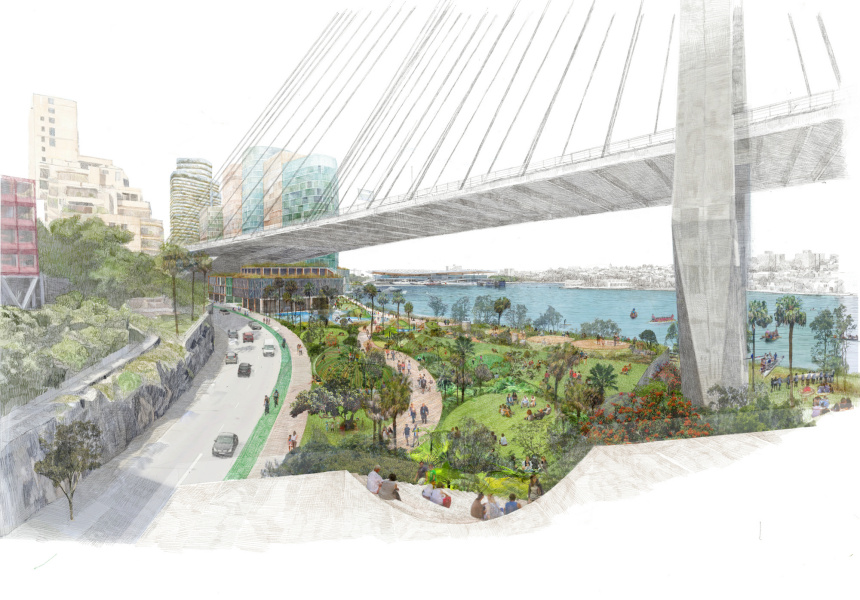 Last year, the NSW Government released its plans for the new Blackwattle Bay precinct, a development of around 10.4 hectares on the Glebe and Pyrmont foreshore that takes in the space currently occupied by the Sydney Fish Market, which is set to be relocated to a new, $750 million facility next year. The plans received significant backlash, with criticisms mostly directed at overdevelopment of the area.

“This is already a densely populated area, with limited space – any new development should be sensitive and prioritise employment growth,” wrote City of Sydney Lord Mayor Clover Moore on Facebook at the time. “Instead we have large towers built adjacent to eight lanes of free-flowing traffic, with such bulk and scale right up to the foreshore as to recast the whole area as an imposing shadowland. It will even overshadow the future fish market’s solar panel roof.”

More than 2400 submissions were received following community consultation, resulting in changes to the plans. For a start, the foreshore boardwalk linking Glebe and Pyrmont will be doubled in width from 10 to 20 metres.

Under the new plan, buildings will range in height from six to 35 storeys; previously, buildings in the precinct were going to reach up to 45 storeys or 156 metres. The reduction in size means the precinct will house 840 fewer residents than previously projected. The number of car-parking spaces will also be reduced by 37 per cent to encourage residents and visitors to catch public transport or cycle; the new precinct will be close to the new Pyrmont metro station, and is also on the light rail.

Moore, however, says the revisions don’t go far enough. “This is public land,” she wrote on Facebook. “Minor tweaks to the initial plan won’t adequately address the community’s concerns about a wall of residential development located hard up against the noisy, polluted motorway, overshadowing existing apartments and public spaces.”

Moore also said pedestrians and cyclists should be prioritised and that the foreshore and park should be accessible via safe street intersections, not “a narrow and overshadowed walkway with few trees and accessed by dangerous intersections that prioritise trucks and cars.” She says the council will continue lobbying the state government to “address the bulk and scale” of the area.

The precinct is also set to include parks and green space, a library, a community centre, a skate park and multi-use courts, as well as space for retail and indoor and outdoor dining.

View the revised plans here. Infrastructure NSW is accepting submissions about the plan until August 26. Just Had Covid? It’s Possible You Can Be Reinfected After Four Weeks As Cases Surge and New Subvariants Change Everything “Commonsense Prevails”: The Aboriginal Flag Will Replace the NSW Flag on the Sydney Harbour Bridge From Today