Elizabeth Bay Marina Gets a Facelift and a New Cafe

The much-missed Bird and Bear cafe might be making a return. 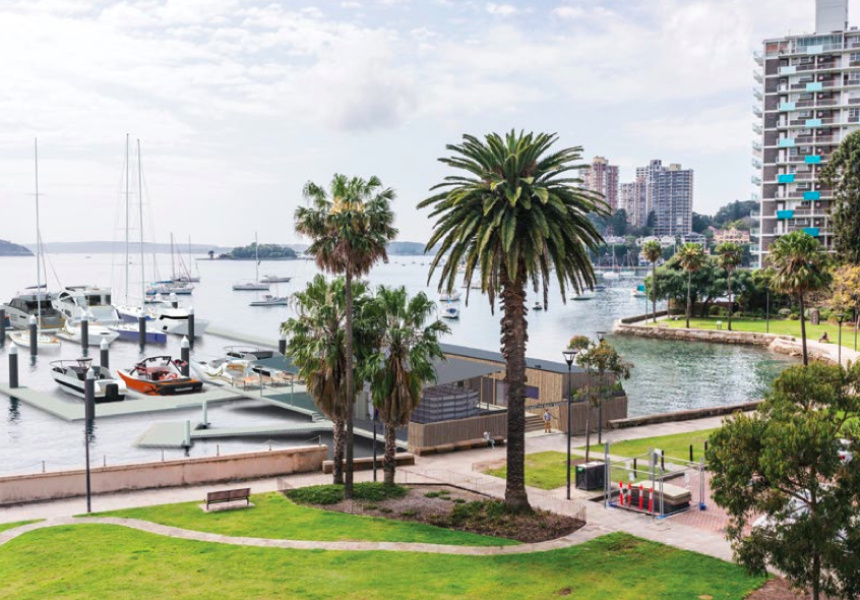 The century-old Elizabeth Bay Marina is undergoing a redesign, with the NSW Government addressing significant deterioration to the site and installing a new waterside cafe.

After reaching out to the community for feedback on three different design concepts, the most contemporary scheme was chosen. The entire marina has been demolished to make way for the new precinct, which will see the number of berths – which can be privately rented – increased from nine to 13.

Alongside improved marina facilities, there will be better security and safer water access for kayaks and paddleboards.

After a rigorous tender process, the council will select a winning cafe candidate. It’s the first time any site on the marina has been put to tender in 30 years.

Residents are already rallying for the return of Bird and Bear, a successful, well-loved cafe that traded on the pier in 2014.

“It was busier than we could handle. I opened a little coffee shop and it went off,” says the former owner Adam Marshall, who also owns Salmon and Bear and Foys in Kirribilli.

But the business was forced to close and was replaced by Miss Chu, then shortly after, another cafe. “The Elizabeth Bay Marina has been owned by individuals for a long time. What RMS [Roads and Maritime Services] have done now is rebuild an asset for the community and tender it out,” says Marshall.

So far, a petition of support for the cafe has more than 120 signatures.

“I fell in love with that spot. It was my first business and I learnt a lot of lessons. Opening a shop would be a bit of serendipity. It’s bittersweet. We got kicked off there. We’ve been waiting three years to get it back. Breathing new life back into it would be a satisfying project,” he says.

Marshall is negotiating buying the recycled timber from the construction site, which – if his bid successful – will go towards building the new cafe.

The redevelopment will be complete in February 2018 when the chosen cafe will begin trading.