While the $2.2 billion development has been operating its restaurants, hotel and other non-gaming facilities since early 2021, it hasn’t been able to open its Barangaroo gaming floor after it was found unfit to hold a casino licence. 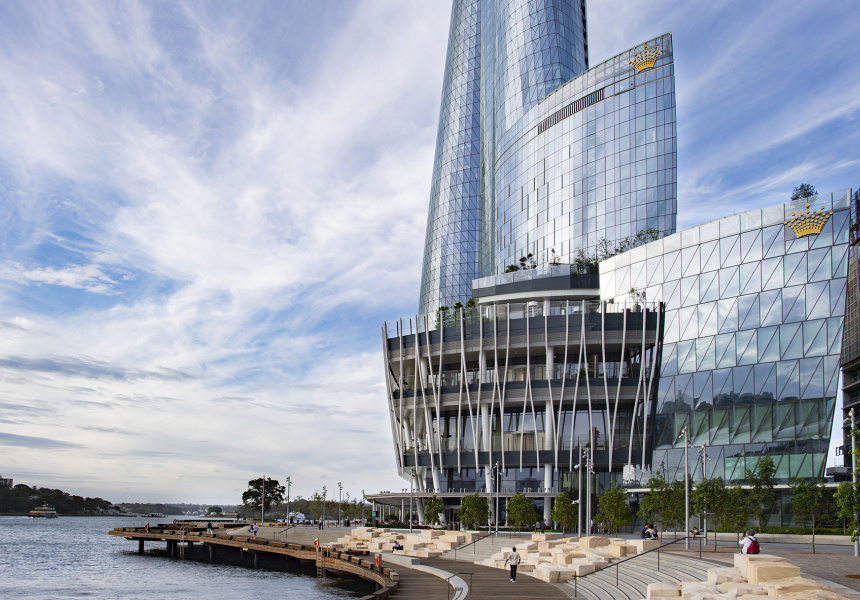 Crown Resorts has finally been given approval to start operating its casino in Barangaroo. Despite opening its restaurants, hotel and other non-gaming facilities in early 2021, the $2.2 billion complex hasn’t been permitted to operate its gaming floor, after the NSW Independent Liquor & Gaming Authority (ILGA) found it “unfit” to hold a casino licence. Crown conceded to the Bergin Inquiry into casino operations in NSW that two of its bank accounts had been used to launder money at its Melbourne and Perth casinos, potentially obscuring criminal activity.

The approval for the casino’s opening is conditional; its licence expires on December 31, 2023. Until then the ILGA will monitor its suitability to hold a gaming licence under Blackstone, the investment company that has acquired Crown since the findings. It officially takes over as Crown’s new owner on June 24.

Over more than a year, Crown has overhauled its governance, including a “complete cleanout” of its board and senior executives, according to the ILGA’s chairperson Philip Crawford. It has also implemented deep structural changes when it comes to money laundering and corporate culture.

“Given the need to observe the changes in operation as well as ensure changes are embedded in the business, the authority will consider approval of Crown’s suitability until the end of the conditional gaming period, which could run between 18 months and two years,” said Crawford in a statement. “The new systems and internal control measures have been set up and will be in place from day one.”

Crown has not yet finalised an opening date for its casino operations.

Meanwhile, the NSW Government is introducing a new independent casino regulator to parliament to reform the industry. It will also implement a series of other measures to regulate the casino industry, including an independent monitor and auditor for every casino licence holder; a requirement for licence holders to submit suspicious activity reports to the Australian Transaction Reports and Analysis Centre and NSW Independent Casino Commission; and requirements for casino operators to monitor its patrons’ accounts for criminal activity. A recent inquiry has alleged The Star in Pyrmont has also been involved in money laundering, fraud and criminal infiltration. Since, Star’s CEO, chief financial officer and chief casino officer have all resigned.

“These reforms will ensure the people of NSW have confidence that casino operations are free from criminal influence,” said NSW minster for hospitality and racing Kevin Anderson in a statement. “We are rebuilding the regulatory framework for casinos in NSW from the ground up with stringent new controls to prevent money laundering and other criminal activity.”