The Best Tennis Courts in Sydney

Our favourite tennis courts in the city, from a secret inner-city rainforest to one on a rooftop. 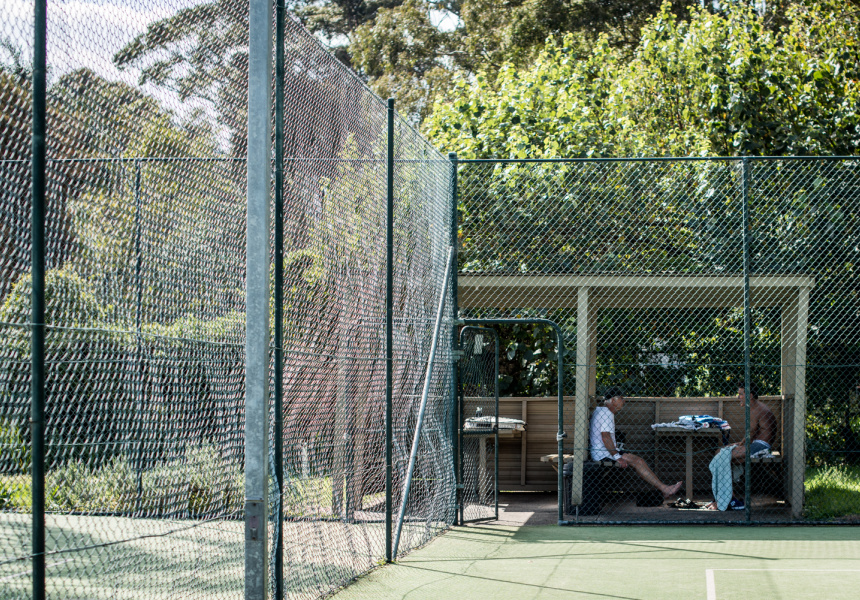 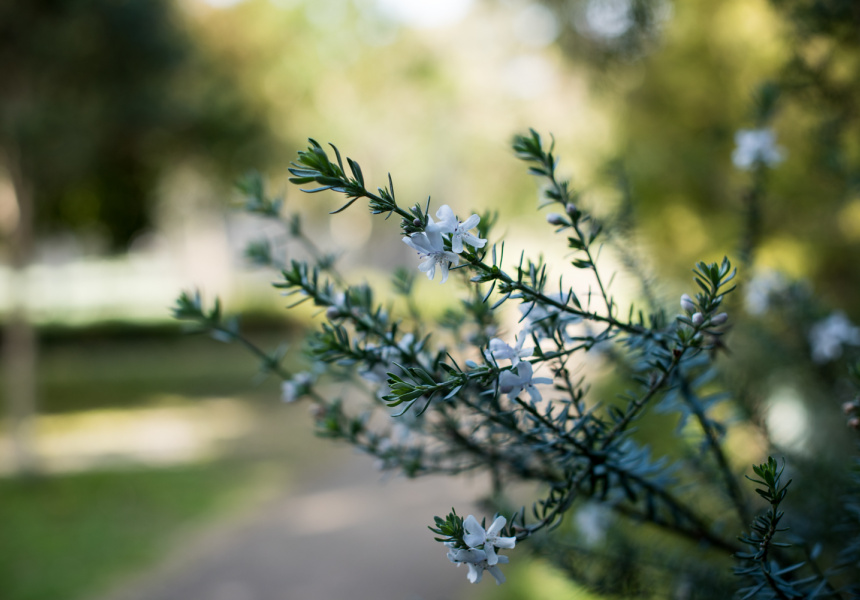 From city to beach and everything in between, Sydney residents have a lot of options when it comes to public tennis courts. But with this comes indecision, and this can lead to the feeling that perhaps it’s all too hard. Here’s a list of our favourite tennis courts. Just try to come up with an excuse now.

Tennis for the nature lover: Cooper Park Tennis Courts Cooper Park Tennis Courts are in urban bushland and commonly touted as one of east Sydney’s best-kept secrets. The courts are about as close as you’ll get to playing tennis in an inner-city rainforest. The centre includes eight full-sized, sun-drenched tennis courts, on-site parking and a cafe among the foliage. Play to the sound of birds and trickling water.

Rackets and balls are available to rent at the pro-shop, and the courts are open daily. We recommend booking a court two weeks in advance. Afterwards follow Bathurst Street up to Sonoma for some well-deserved baked goods.

Tennis for the urbanite: Maccabi Tennis Courts at White City The Maccabi courts at White City on the fringe of the CBD have the city skyline as their backdrop. With graffiti-sprayed trains chugging past, and the pulsating city behind you, running out of energy or morale is unlikely. Perhaps the most notable bonus of playing at Maccabi is being able to sneak around the now-unused tennis stadium, which once hosted the Davis Cup.

Maccabi offers four different varieties of tennis courts, from artificial-grass courts to real grass, all of which can be hired daily. Try to secure a spot later in the afternoon because the view of Sydney at dusk is pretty spectacular.

Parking is readily available around the area and equipment can be hired from the shop. Another plus is that ESTC is one of the few licensed tennis courts in Sydney. If you’re looking for some after-game snacks, head to Coogee Pavilion, just 450 metres away.

Tennis for the fisherman: Lyne Park Tennis Courts
Hugged by a coastline dotted with jetties and boats is one of the most beautiful spots to play tennis, Lyne Park. Fishermen cast rods out into the ocean from the site and seaplanes jet off by the hour. The tennis courts are at the centre of the park and offer a view of the entire bay. Lyne Park Tennis also offers coaching and lessons and with the harbour as a backdrop it’s not a bad place to learn.

Lyne Park has outdoor parking behind the courts and is easily assessable via public transport – bus or ferry. The tennis-court facilities are well kept and the centre has one of the best cafes in the area. Bookings can be made online or at the front desk. To really finish off the day with an ace, drive up to Watson’s Bay Boutique Hotel for some seaside cocktails.

Parking and public transport is easily accessible. Bookings can be made online and the centre is open daily. Sydney Olympic Park Tennis also offers a diverse coaching program. While you’re in the area check out local favourite Ram’s Indian and Sri Lankan Food. It’s a nine-minute drive from the courts.

The courts are located at the end of a winding path leading past the Lord Dudley Hotel, towering above the city on the hill behind Edgecliff Station. Wentworth Tennis offers six courts and is open daily. Bookings can be made online or over the phone. For an equally pleasant meal afterwards, head to the Four in Hand, just around the corner.

Tennis for the sailor: Rushcutters Bay Park Tennis Surrounded by winding walking paths and expansive green fields backing onto the harbour, Rushcutters Bay Park is idyllic. See the moored boats bobbing in the bay as you hit some balls. The tennis centre is at the front of the park, only 20 metres or so from the water.

After your game rest up in the recently renovated cafe, or if you want something more filling, ACME is a short walk up Roslyn Gardens. Court bookings can be made online and the centre is open daily. Parking is available along New Beach Road.

Tennis for the nine-to-fiver: Prince Alfred Park City Community Courts With full-time work it can be tricky to fit a match in. For those working in the city Prince Alfred Park Tennis Court is the answer. Central Station is next door and the courts are less than a 10-minute walk from the centre of the CBD, so this is ideal for early-morning hits, lunchtime games or after-work rallying.

The recent renovation of Prince Alfred Park also means that the courts are fitted with the same ground surface that was used for the Australian Open. Prince Alfred Tennis Courts are open daily and are easily accessible via public transport. Bookings can be made online. And while you’re there, check out local favourite Café Oratnek.

Tennis for the gym-goer: All Sorts Fitness Alexandria This fitness centre comes with an indoor pool, boxing classes and several studios. But the rooftop tennis court steals the show. There is only one court, so you need to book in advance. The beauty of the singular court is you get maximum privacy with no disruptions.

Casual court hire is available and bookings can be made online or over the phone. Parking is behind the gym and buses are available with a stop directly in front of it. For some after-game respite, visit The Rocks Brewery next door for a couple of locally brewed draughts.