Eveleigh’s Australian Technology Park is getting a makeover. 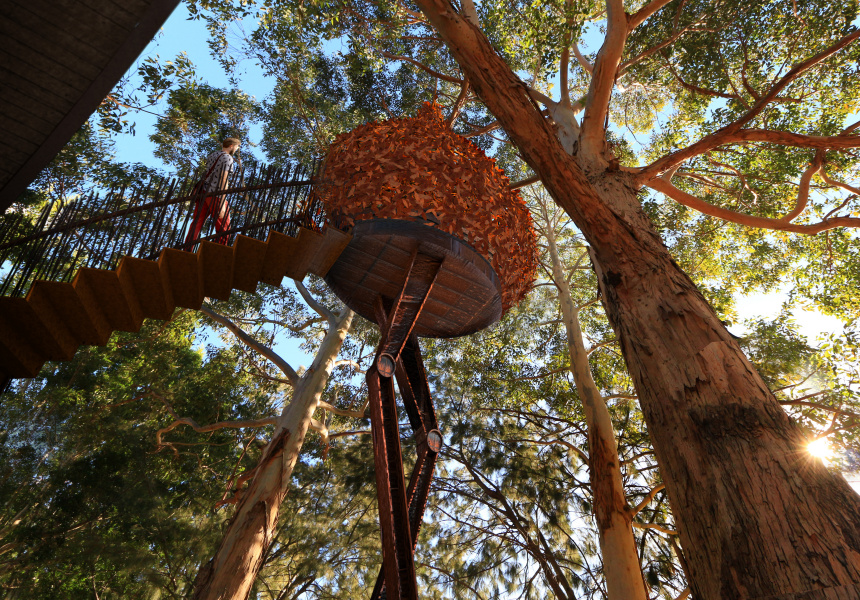 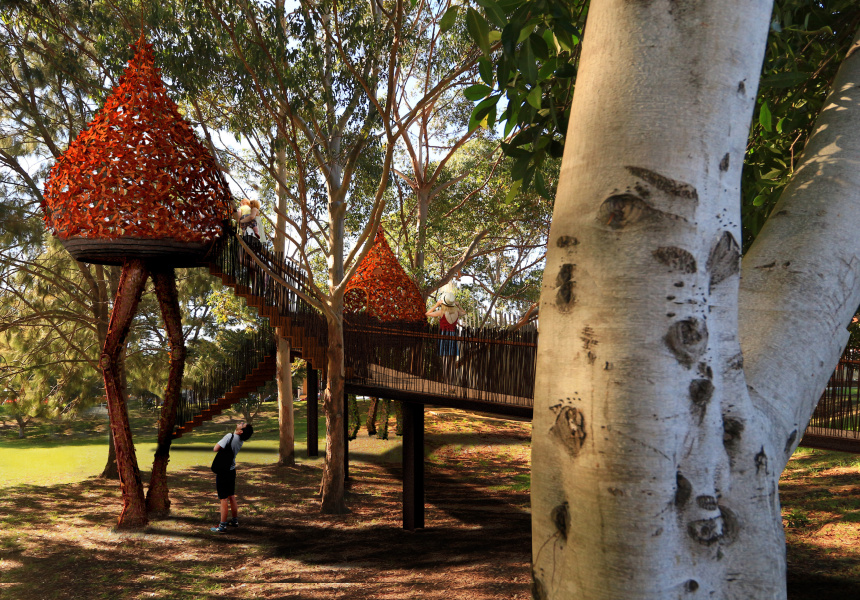 Unless you work or live nearby, the only way you’d know of Eveleigh’s Australian Technology Park is by the imposing Channel Seven building that’s impossible to miss as your train arrives at Redfern station, or as you drive along Henderson Road in Alexandria.

But recently the precinct has been given a shake-up, and now there are grand plans for this quiet business park on the fringes of the inner city to become a community space, and to further build on its technology and innovation credentials.

Australian Technology Park – which has recently had its name changed to South Eveleigh – was bought by Mirvac from the NSW Government in 2015. It is adding retail spaces and office blocks, and there are plans to redevelop the heritage-listed Locomotive Workshop.

But there are other changes too.

Gardening Australia presenter and Aboriginal educator Clarence Slockee, in association with his start-up Yerrabingin, is working with Mirvac on Australia’s first Indigenous rooftop garden. It will be entirely self-sufficient and employ a full-time team to grow and maintain its crops, which have been chosen for being rooftop-friendly; they’re low-lying and not too heavy (there are weight restrictions).

“It’ll be a 100 per cent native-food farm,” Slockee told Broadsheet. “So salt bush, midgen berries, some of the succulents like pig face, native mint and native basil. [They’ll be] primarily smaller shrub and ground-cover species.”

Slockee plans to fund the garden by selling some of the produce to cafes and restaurants in the precinct – but much of what’s grown will be passed on to the community in the surrounding area, to plant in their own gardens and public spaces. Slockee says there will also be opportunities for Redfern’s Indigenous community to get involved.

Workshops and education sessions will be held in the garden to ensure its economic viability, and the public will be welcome to head on up and have a gander at what’s being grown.

In addition to the garden, public artworks have been commissioned, in collaboration with Carriageworks.

“Carriageworks and South Eveleigh are on opposite sides of the rail line; Carriageworks is the cultural side, Australian Technology Park [now South Eveleigh] the business and tech side,” says Carriageworks director of programs and curator of the South Eveleigh Public Art Strategy Daniel Mudie Cunningham. “As part of Mirvac’s revitalisation of the precinct, they wanted to make sure there was culture across both sides.”

The commissions include a welcome to country, which will be in the garden as visitors enter the precinct from Redfern train station, as well as wall murals and a pavilion designed by a yet-to-be-named “very celebrated artist”.

The first piece off the ranks in 2019 will be Eveleigh Treehouse by Sydney artist Nell in collaboration with design collective Cave Urban. Cunningham says the work, which is made from wood and steel, is meant to capture the area’s industrial past as well as its tech-focused future. (There was also special resonance for Nell – her great-grandfather worked as a boilermaker at the site for more than 20 years.)

“The brief for the artist was that it would be a place of childhood imagination, contemplation and wonder,” says Cunningham. “You could retreat from everyday life, but still be connected to it. Treehouses historically have different kinds of uses, so I was interested in seeing what an artist would do with that idea.”

The result is several mushroom-like “houses” sitting atop stilts and connected by platforms. Set among the gum trees, it is meant to provide an opportunity to escape the hustle of the business park and reconnect with nature.

Though Eveleigh Treehouse isn’t due to be unveiled until 2019, this weekend, December 8 and 9, the public is invited to attend workshops where they will forge their names on steel gum leaves, which will later be added to the installation.