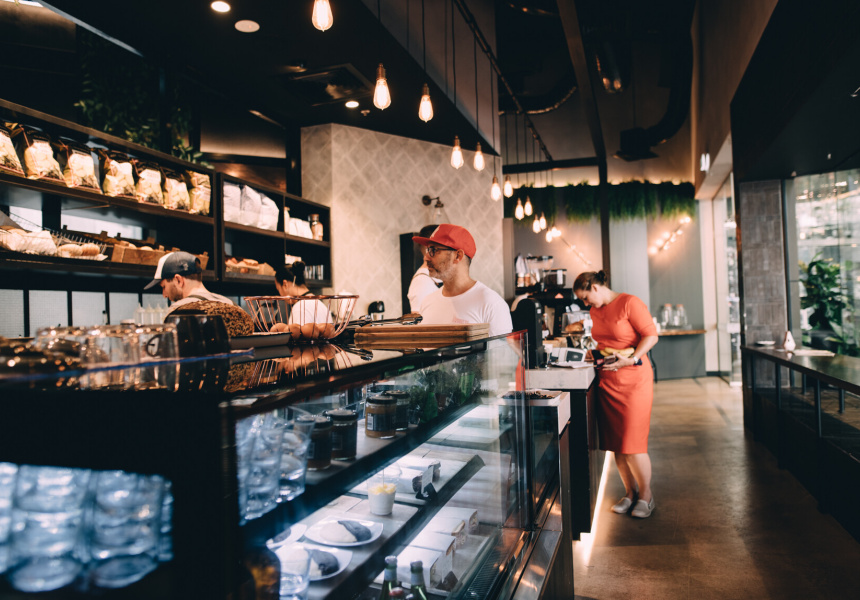 When Michael Shafran moved to Sydney from New York all he could find was unboiled bread that happened to be shaped like a bagel, so in 2013 he started making his own – boiled then baked – and selling them at markets and then from a (now-closed) Brooklyn Boy store in Matraville.

In 2019 Shafran rolled out the next iteration of Brooklyn Boy Bagels: a super-stylish cafe in Circular Quay’s Gateway Building that’s part-bagelry, part-New York deli. There’s even a weekly supply of New Yorkers for your reading pleasure.

At Brooklyn Boy the bagels are chewy – a crucial element that sets New York-style bagels apart from their imitators. They can easily carry a thick schmear of cream cheese (even over the holes), and can be modified with textural ingredients such as garlic and chive, jalapeno and lox (smoked salmon) or house-made whisky-cured ocean trout with coriander seed, fennel fronds and fresh dill.

As well as plain, pumpernickel, onion and pumpkin bagels, the store is doing rye bread, turkey club sandwiches and an array of Jewish savouries and pastries, a nod to the Jewish beginnings of the bagel. Pastrami is a key New York deli staple, and, Brooklyn Boy uses Marrickville’s Black Forest Smokehouse to create a custom-made order based on New York’s Katz’s Deli, made with only brisket for a balance of smoke and spice.