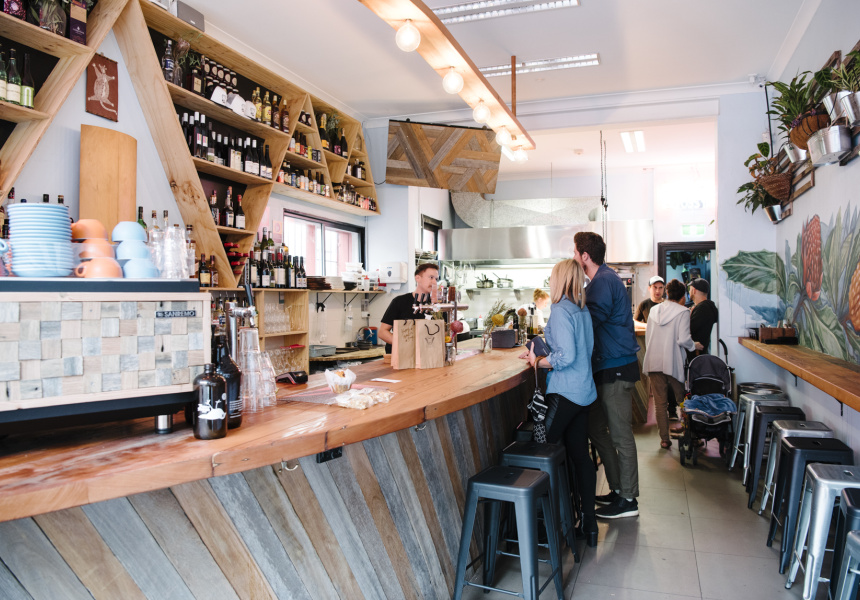 Although trying to be so many things can be tricky, Sneaky Possum does them all well. It’s a testament to owner Phil Anderson’s long history in Sydney’s hospitality scene, and chef Briony Bradford’s impressive experience that includes two-Michelin-star Hibiscus in London and the Bridge Room in Sydney.

The New Zealand snapper ceviche is a standout. The pale pink fish is sliced thinly and accompanied by shaved cucumber, radish and micro herbs. Globes of finger lime juice pop like roe and produce a fragrant, acidic finish.

Bradford has a “waste not” food philosophy with meat and vegetables. The scallops and pork belly are accompanied by both the cauliflower stalks and florets. They’re respectively fried and pickled, creating a surprising breadth of flavour from the vegetable.

If you approach Sneaky Possum from the Broadway end of Abercrombie Street, you’ll be treated to a dramatic sight: a two-storey mural of Indigenous Health Service founder Naomi Mayers by street artist Fintan Magee.

The bar area is bright, with neon signs and a mural of Australian flora by artist Jimmy Bligs. A long bar is the dominant piece in the front space. It’s made from timber reclaimed from a demolished Marrickville terrace. Taps pour a crisp rosé and Sneaky Possum’s own brew, a hoppy pale ale.

The next room in this labyrinthine terrace has a row of pinball machines, and the last room is a formal dining room with custom-made tables and booths that can be pushed together for big groups. Upstairs is a series of rooms for functions.