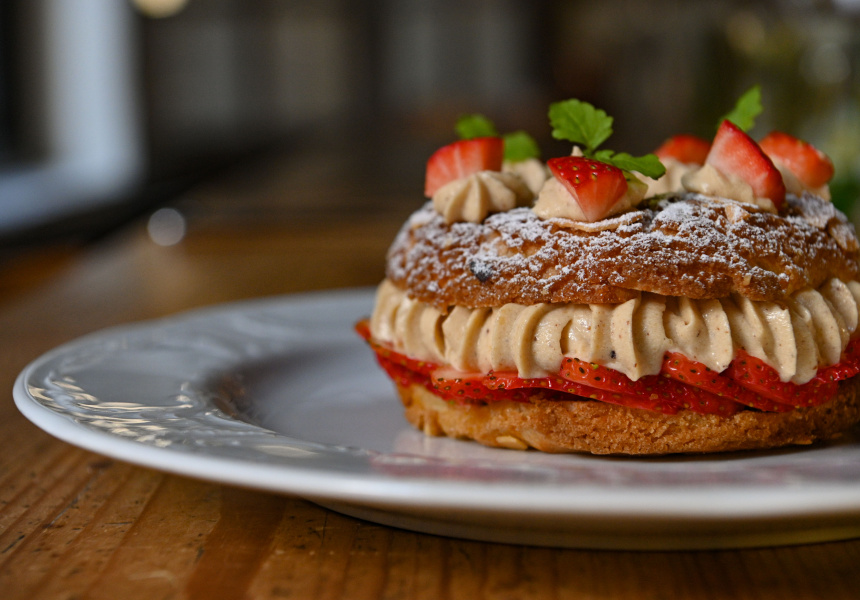 Frederic Colin is the co-owner and chef of Bistrot Gavroche, a quintessentially French restaurant that until now was only open in Singapore.

The second Bistrot Gavroche takes a different approach to the other new-wave fine-dining venues in Chippendale. Its owners have imported antique French furniture and the kind of classic cuisine that was once very popular in Sydney. Colin was born and raised in Paris. His grandfather was a chef and his father ran a restaurant. The entire venue – from the food and the music to the furniture – is set up to recreate the same atmosphere that Colin experienced at his father’s and grandfather’s restaurants, with modern flourishes.

On the menu there’s a selection of house-made charcuterie; parsley- and garlic-butter Burgundy snails; steak frites with Béarnaise sauce; prawn ravioli with lobster bisque and fish roe; and Colin’s grandpa’s French-onion soup. For dessert, there are crepes flambéed with Grand Marnier and various French cheeses.

The only thing that veers from Parisian tradition is the wine list. Expect a large assortment of regional French bottles, complemented by an equally long list of new-wave Australian wines. There are two exclusive wines from Domenica’s Peter Graham, a shiraz and a chardonnay.