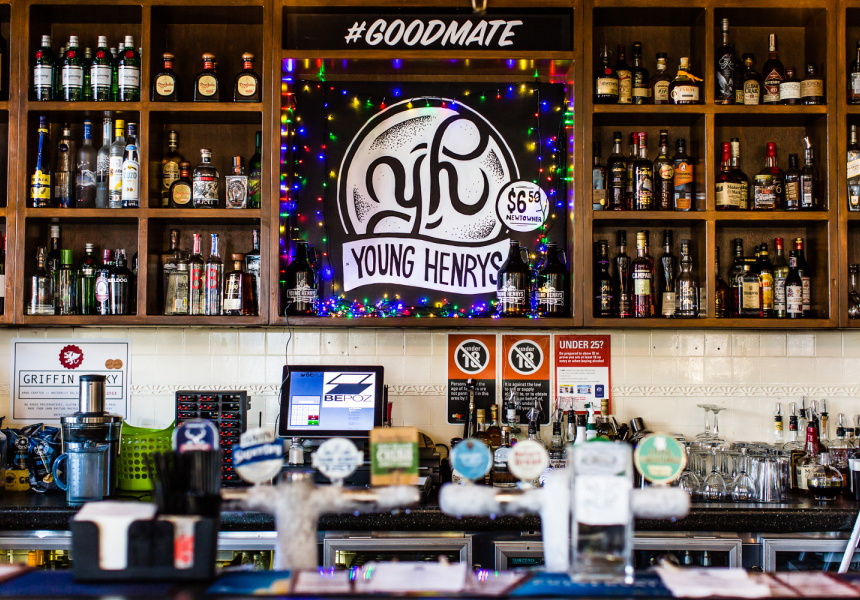 The Lord Gladstone fits right in to the inner city/inner-west pub scene; it has a large courtyard, exposed brick, tartan carpet and a menu of well-executed pub classics. Once The Gladstone, it was renovated by the same team that gentrified the Toxteth and Vic on the Park.

The pub classics come either American or Aus-bistro style. There’s a parma hybrid which involves grilled eggplant and chicken schnitzel, or soft burgers led by Lord Gladstone’s MVP, the Lord Burger with beef, bacon, beetroot, pickles, onion and a Brickfields sesame bun. If you go earlier in the week the already decently priced menu becomes ridiculous with $10 burgers on Monday and Tuesday and a $5 basket of wings on Thursday night. You’ll find childhood nostalgia with the caramel soaked, deep-fried Gaytime.

Behind the bar there’s Young Henrys and Little Creatures on tap, or bottles of Batch, Murray’s and other rotating local crafts. You can take your beers upstairs to Goodspace, the pub’s monthly gallery curated by Press Book’s Chris Loutfy. On the weekend nights there are regular DJs and the occasional band appearance, sometimes arriving unexpectedly with a raft of after-party followers.