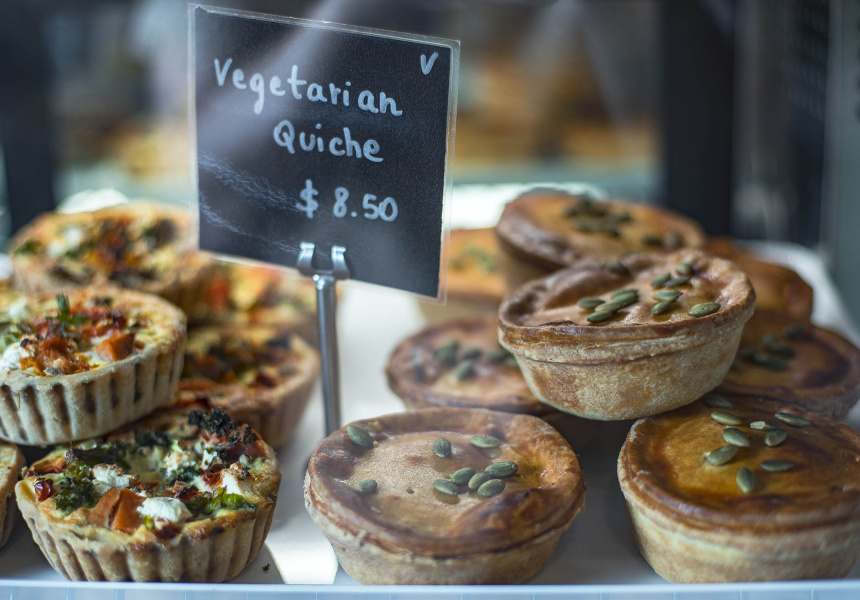 For people who have coeliac disease or have to avoid gluten, Wholegreen Bakery is a life-changer. The Waverley bakery and market stall pop-up specialises in gluten-free bread, croissants, pastries and sweet treats. And we’re not talking about a couple gluten-free options – everything is sans gluten.

So good are Wholegreen’s products, it’s not just amassed a cult following among Sydney’s coeliac community and those with dietary requirements, but from further afield as well, including people from regional NSW and even overseas. Now, you can get Wholegreen’s coveted goods in the Harry Seidler-designed Alliance Francaise building in the city.

Owner Cherie Lyden is a qualified nutritionist. She started her bakery business six years ago after her daughter was diagnosed with coeliac disease, au autoimmune disorder triggered by gluten, a protein found in wheat, barley and rye.

The store sells loaves of its gluten-free sourdough-style bread for patrons to take home. The bread (which is also dairy- and egg-free) is popular with vegans and comes in several flavours: turmeric-and-activated charcoal, olive and rosemary, seeded, plain and fruit loaves. Cakes are also available to order.