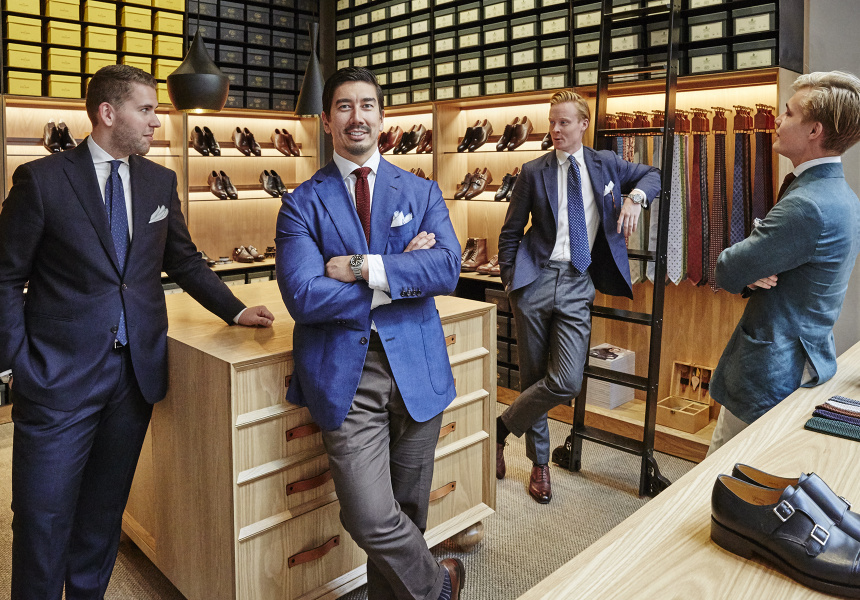 Double Monk stocks a collection of timeless footwear. In a corner of the top floor of The Strand Arcade, the boutique’s handmade shoes – which range in price from $750 to $2000 – are mostly imported from England, where the crafting processes are virtually unchanged from the early 1900s.

While Double Monk’s range, which at any time consists of up to 60 pairs of leather and suede shoes, can seem intimidating, a team of friendly and sharply dressed assistants are there to guide you through the A to Z of specialty footwear. Double Monk also stocks accessories, including Bresciani socks and Rubinacci Napoli pocket squares and knitted ties –including a range of ties made specifically for Double Monk.

As an introduction to boutique shoes, Christopher recommends a pair by Crockett & Jones, which supplies many popular first-timer choices, such as the understated Oxford, or the versatile tassel loafer, which in summer can be worn with shorts. The range from Crockett & Jones begins at $750. The prestige ranges by John Lobb or Edward Green begin at $1595.