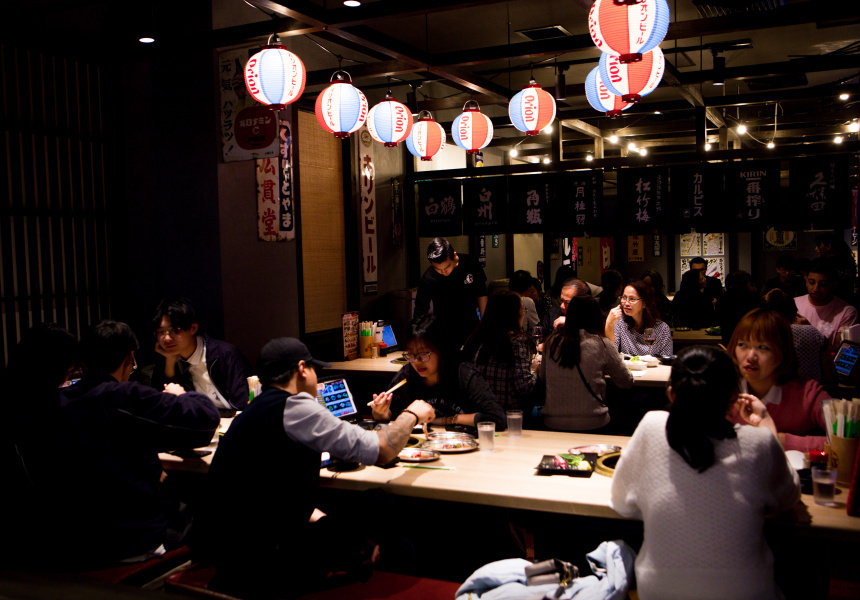 Most Sydney Korean and Japanese barbeque – or yakiniku, meaning grilled meats – joints serve the most accessible and premium cuts of meat alongside skewered vegetables, beer, clear spirits and various sides. But in Japan, barbeque restaurants also serve horumon, the discarded bits, such as beef tongues splayed out next to rows of pork belly, sizzling short ribs, charred beef tripe and as many vegetables as there are unfashionable cuts of meat. This is where Yakiniku Yokocho stands out.

Arai’s main inspiration for opening Yakiniku Yokocho was yokochos, small bars and eateries tucked away in the alleys of Japan’s big cities.

It’s common for these venues to be booze-fuelled and inexpensive, serving dishes like barbequed meats and motsuni (a boiled-tripe and potato stew).

Every dish here is to be enjoyed with beer, highballs, sake, shochu or maybe even a Red Eye (beer and tomato juice). The space is authentic, chaotic and welcoming, covered with imported signs, banners, flags and lanterns.