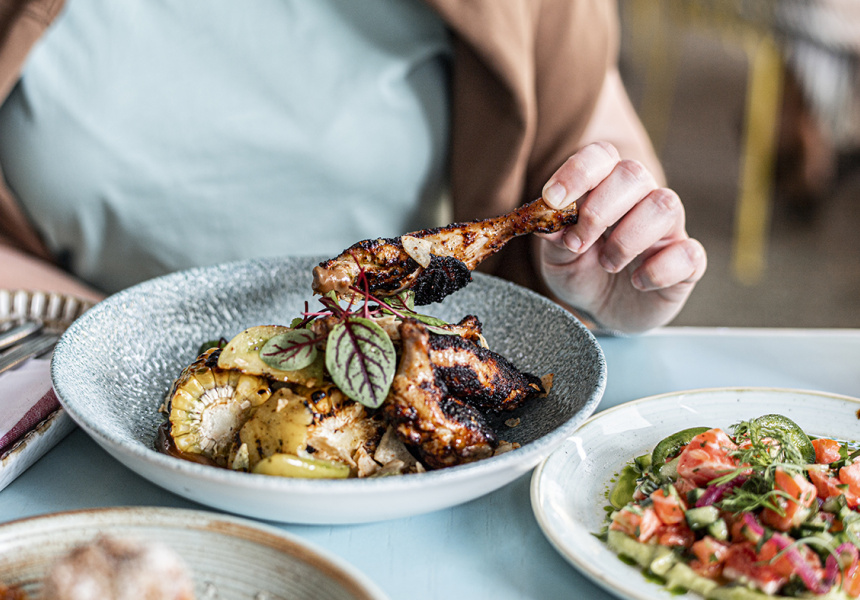 Named after the legendary Tijuana cocktail, Tequila Daisy in Barangaroo is a Mexican-inspired eatery by Rebecca Lines and her Husband Hamish Ingham, in the space which previously housed their vermouth-heavy Barangaroo eatery Banksii (the pair also co-founded pioneering Surry Hills restaurant Bar H, which they sold in 2017).

It’s believed that the Daisy cocktail was the precursor to the Margarita (Margarita means “daisy” in Spanish), and the interpretation here involves Triple Sec, lime, soda, bitters and tequila, served tall over crushed ice. But you’ll find also mezcal, vodka and rum-based alternatives on the menu, along with a range of signature margaritas and a long list of tequilas and mezcals.

Tequila Daisy takes full advantage of its waterfront spot, with sunny yellow umbrellas shading sky-blue picnic tables outside. Inside, a long bar dominates the space, while the refined terrace restaurant is a nod to Banksii’s more formal setting.