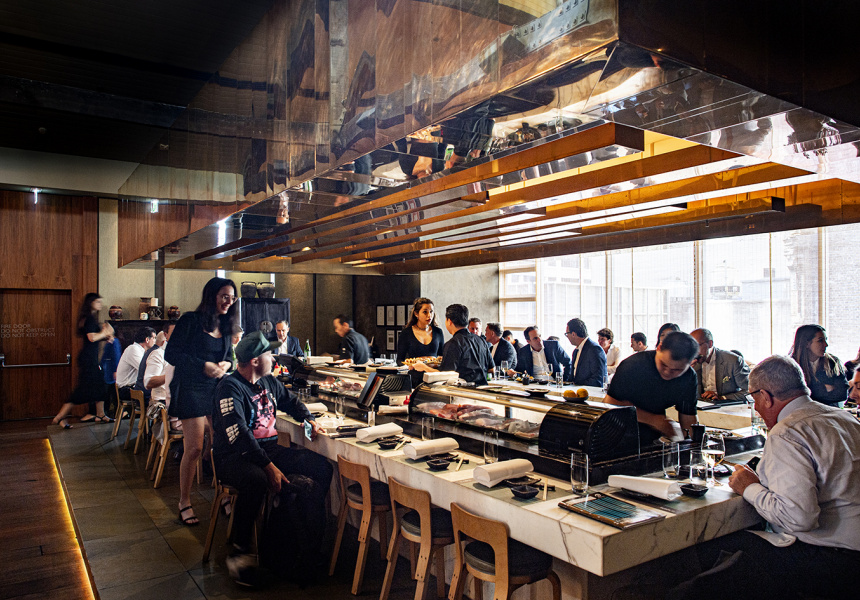 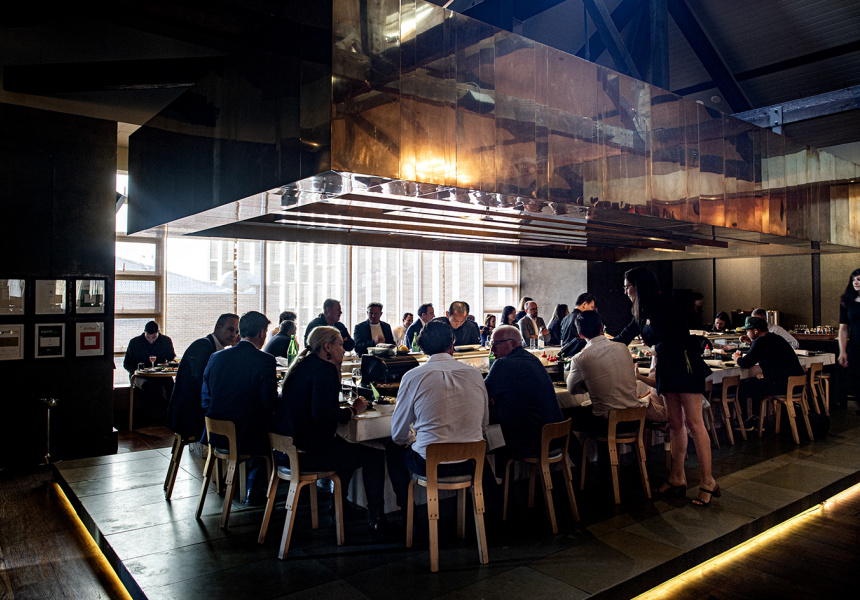 Located next to bar Hemmesphere on the fourth floor of Merivale’s Establishment dining precinct, Sushi E was among the first restaurants in Sydney to introduce Japanese omakase-style dining, which has since become a staple in the city’s hospitality scene.

Roughly translated as “I’ll leave it up to you”, your dining experience is left completely to the team of skilled chefs, who transform premium seafood into elegant, bite-sized dishes before you at the white marble counter.

Overseen by head chef Michael Fox – who’s résumé includes Carbone in Hong Kong and Vue De Monde, the offering at Sushi E is best described as traditional Japanese cuisine with a contemporary interpretation of its flavours and techniques.

Only six seats are available for omakase (on Tuesday, Wednesday and Thursday only), so advanced bookings are essential. The experience starts with otsumami (snacks) such as hash brown with Wagyu tartare and caviar, for example, before moving onto sashimi and fried courses, followed by nigiri sushi and chawanmushi (savoury steamed egg custard).

A main course such as charcoal-cooked Wagyu beef comes next, before ending with a couple of desserts including monaca, a Japanese sweet made from azuki bean. The experience is opulent as it is filling, and a sitting time of two to three hours is advised.

Sushi E also offers à la carte and set menus involving many elements of the omakase, including sushi and sashimi, as well as signature dishes such as konbu-cured hiramasa kingfish drizzled with aged ponzu, shiso and sansho oil; and koji-marinated Patagonian toothfish.

To drink, there are Japanese-accented cocktails such as a Yuzutini (gin, yuzu-shu, yuzu marmalade, lemon and salt), a considered range of Australian and European wines, and of course sakes, listed in order of complexity.