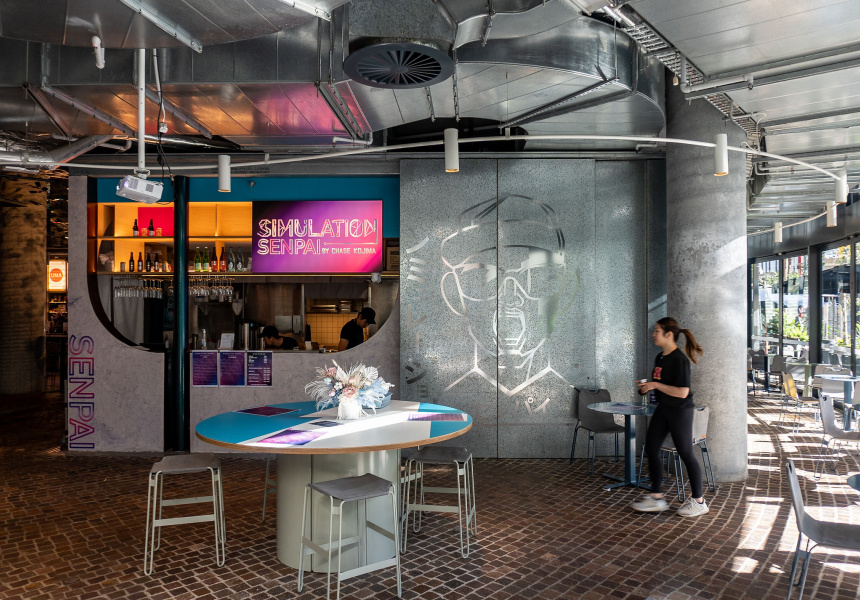 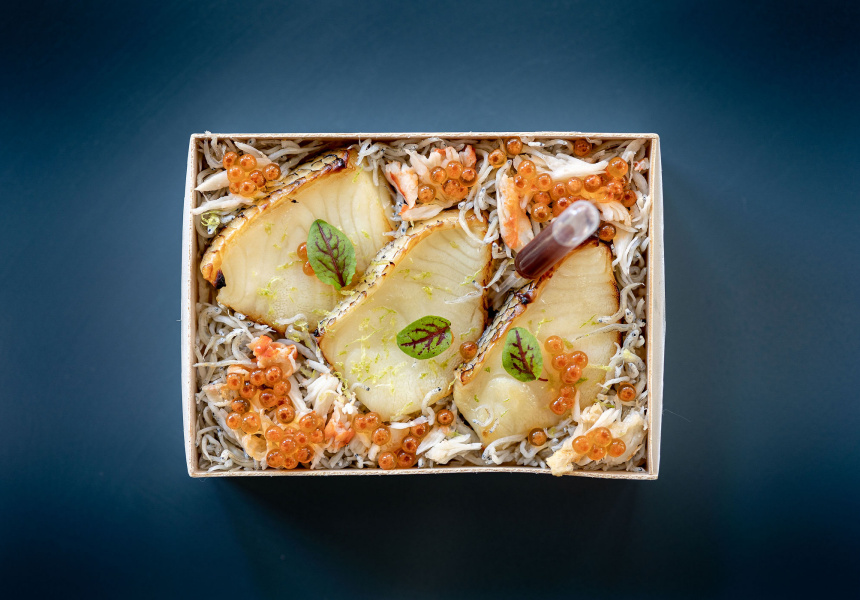 In 2021, Chase Kojima moved his hugely popular Japanese pop-up Simulation Senpai from Tramsheds in Forest Lodge to its permanent home in Kengo Kuma’s spiral building, The Exchange in Darling Square.

The food at Simulation Senpai is all about super-fresh sashimi and chirashi (sushi rice topped with sashimi). Take the hoseki bako, or jewel box – 15 pieces of seafood that could include bonito, tuna, uni (sea urchin), hotate (scallops), salmon belly and ikura (salmon roe), depending on what’s looking best at the markets that morning.

Other dishes on offer as part of Kojima's "fast fine dining" concept include zenbu don (12 slices of tuna with varying levels of fat, served over rice); salmon and scallop served over steamed rice, with umami miso mushrooms and baby cucumbers; and grilled jumbo king prawns with a tempura egg over rice.

Simulation Senpai takes its name from the phrase “notice me, Senpai”, which is used by anime and manga fans to seek attention from someone they admire.