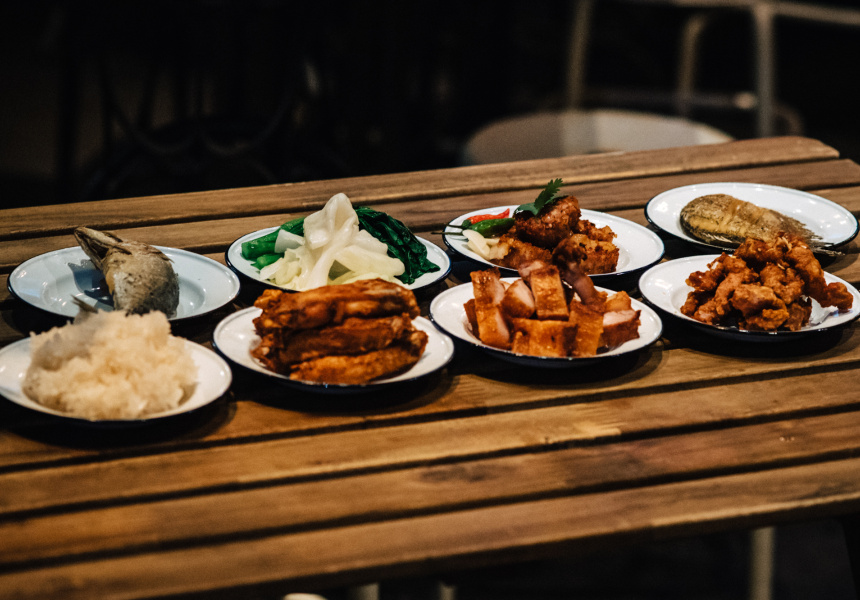 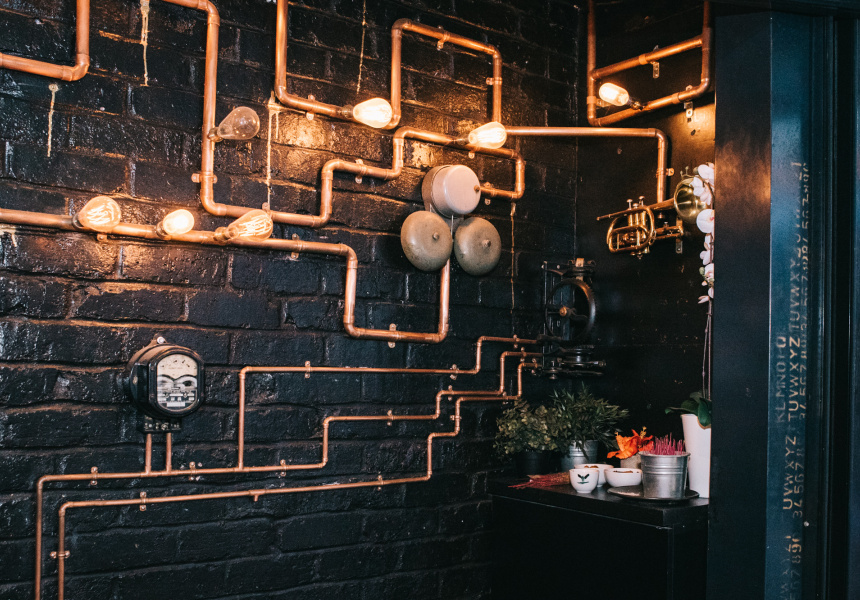 The food at northern-Thai city restaurant Show Neua is supposedly just like what you’d find in the Chiang Mai streets. Not just any street though, Kamphaeng Din Road.

There you’ll find one of the region’s most loved market stalls, Midnight Sticky Rice. From 11pm to 4am it operates like a tapas bar, minus the booze. It’s fun and loud, and tables are covered in tiny plates of dried, fried or fermented morsels.

Yimsiri was the co-owner of Thai Hot Pot, a fun sushi train-styled hotpot venue in Haymarket. After selling that business he was keen to open a street-food restaurant, so he got in touch with his old chef, Yuwat Khuwimon.

Khuwimon was born in Chiang Mai and has been cooking its regional food since he was seven, working in his mum’s restaurant.

Of Thailand’s four regional cuisines, food from the north is the hardest to find in Sydney – the only other restaurant serving it is Cheng’s Kitchen on Campbell Street. It’s rich and generally less intense in spice and pungency than food from other places.

In the north people eat sticky rice instead of jasmine rice, and the streets are filled with stalls selling fried meat on rice, liver-spiced pork larb and, most popular of all, khao soi (a curried chicken noodle soup topped with fried noodles and pickled vegetables).

You can get Khao soi and other specialities (alongside standard Thai offerings) at lunch, but you need to wait until night to get your hands on the Midnight Sticky Rice stall dishes. They’re labelled “Northern Street Dish” and there are 15 plates on offer.

All of it is made from scratch by Khuwimon, who says he’s proud to be jettisoning massaman curry and tom yam for something close to his heart.

The only thing missing is a late-night licence.