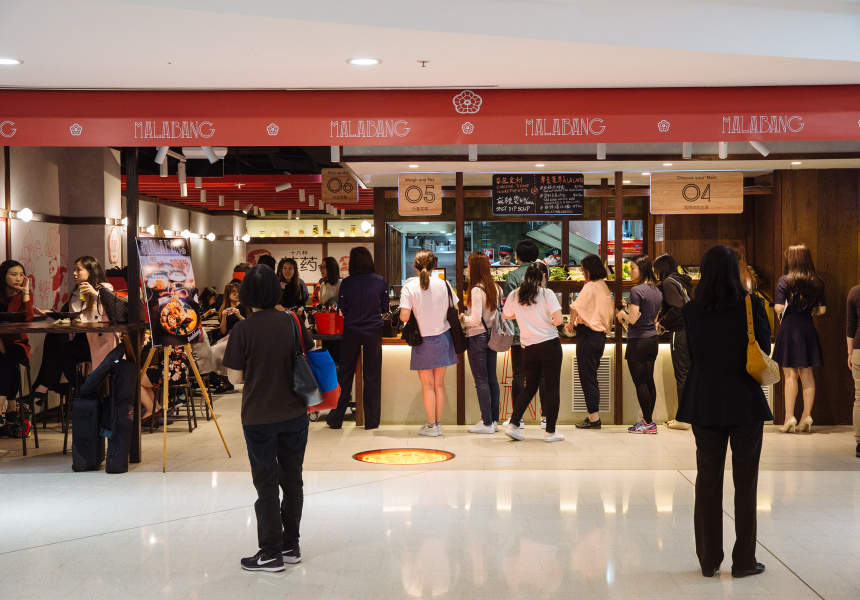 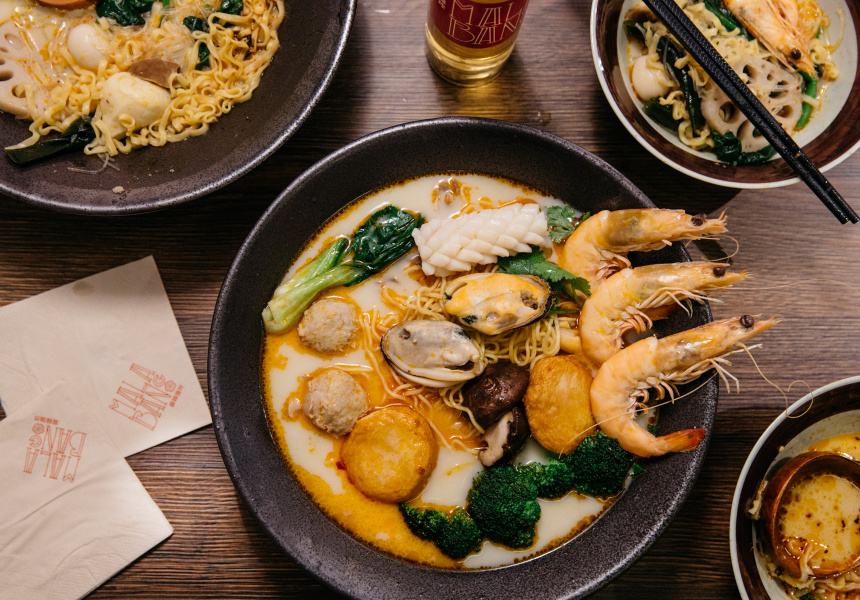 Of all of China’s many dining trends perhaps the biggest is malatang. The put-whatever-you-want-in a hot pot is not new but different styles have exploded all over East Asia. It’s relatively new in Australia, first with Yang Guo Fu Malatang and then Malabang, a venture from the Taste of Shanghai group that opened in September 2017.

Once you’ve chosen, your bowl gets weighed (it’s priced on weight) and you’re handed a number. In a few minutes, it’ll be yelled out, you’re given the option of a few sauces and you’ll see how enormously you’ve over-ordered.

As you eat, sip on a cold green tea or a fresh-passionfruit red tea. If, for some reason, you find yourself here but not in the mood for a hot pot, there’s also five-cup fried noodles with pig ears and a chilli oil-heavy noodle soup.

Traditionally these are all cheap street snacks but that’s not the vibe they’re going for here. The restaurant, in the downstairs section of World Square, is quite stylised. The walls are covered in cute comics (the little girl is modelled after Du), and the counter and furniture are all timber. It almost looks Japanese-inspired.