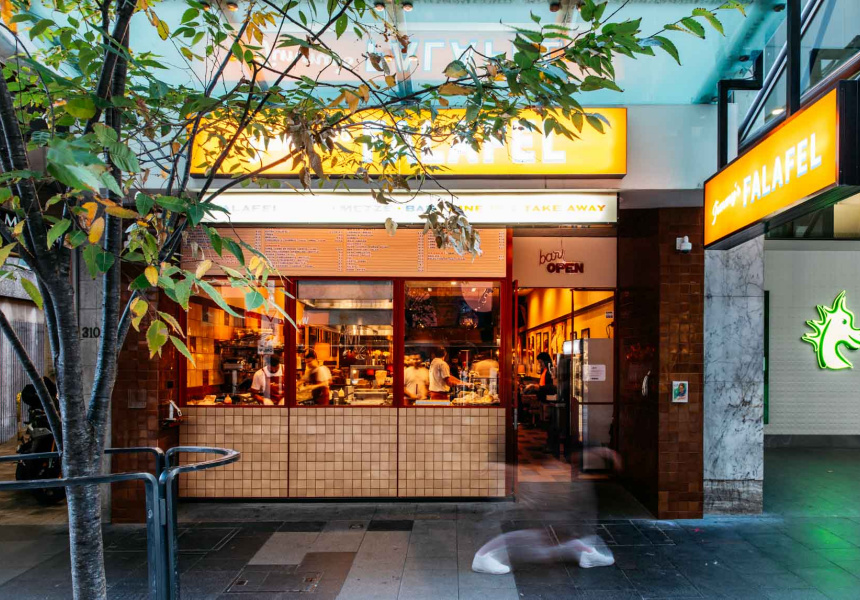 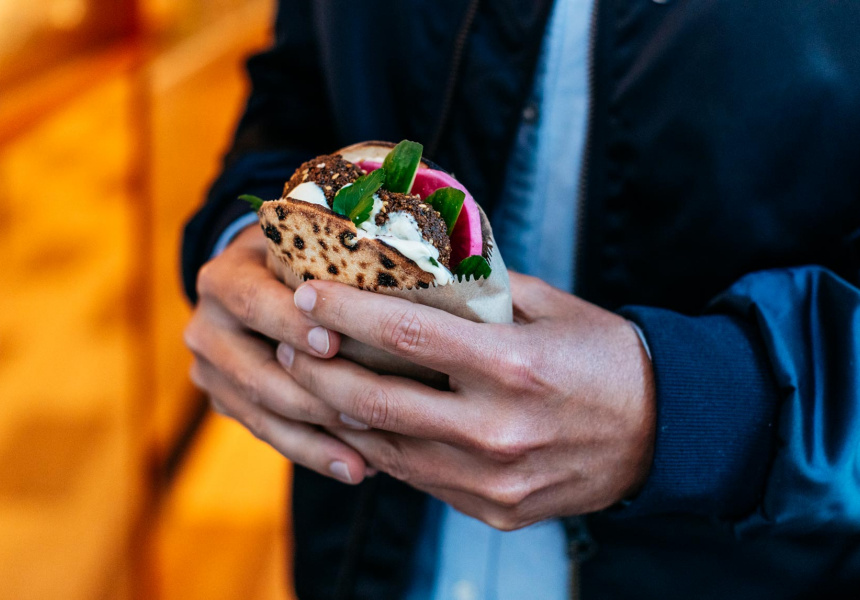 Back in 2017, Simon Zalloua (The Collaroy Hotel) and his mum Saide cooked for Justin Hemmes, the CEO of Sydney hospitality group Merivale. They made him kibbeh nayeh, ful, Lebanese chicken rice and an omelette filled with labneh.

It must have impressed Hemmes, because Zalloua is now at the helm of the Jimmy’s Falafel, an addition to Merivale’s Ivy Precinct in the CBD. Although the menu has evolved since that meal, iterations of those classic Middle Eastern dishes can be found at this handsome bar and eatery.

The interiors here – orange banquettes and booths; a chrome-edged bar; warm, frosted-glass sconces; tourism posters of cosmopolitan 1960s Beirut – transport you far from George Street. The food, too, is different from the fare you usually see in restaurants in this part of the CBD.

There's a meze menu featuring hummus, pickles, bread and kibbeh nayeh (which is similar to steak tartare). If you’re after something plant-based, there’s ful (a comforting, Middle Eastern staple of slow-cooked fava beans, served here with chickpeas), and, of course, falafel.

The way falafel is prepared varies throughout the Middle East – it’s usually made with fava beans or chickpeas (or a combination of both), and different herbs and spices are added, resulting in a range of colours (from brown to yellow to green). Zalloua spent months perfecting his recipe: the result is a small, round, golden brown falafel ball dotted with sesame seeds that's heavy on herbs and spices.