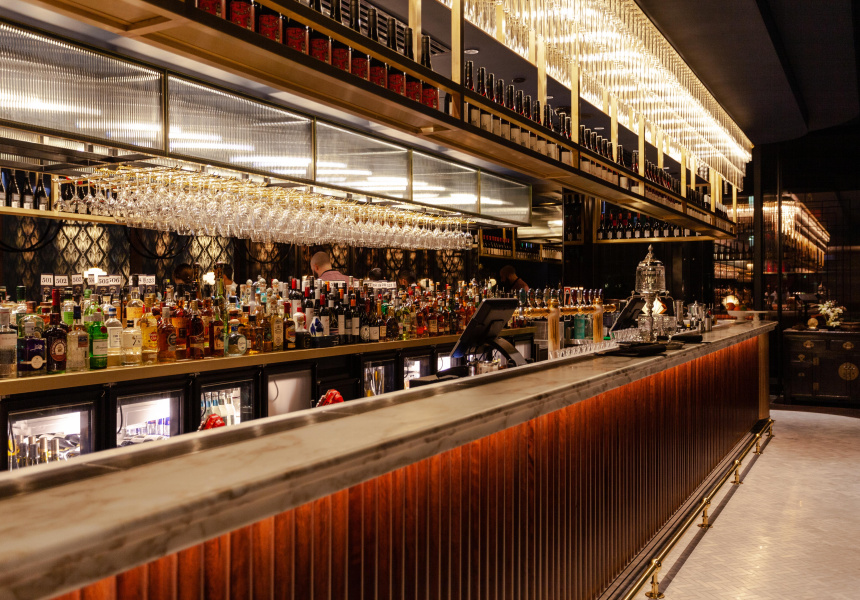 Sharing the rooftop of Westfield Sydney with Middle Eastern-inspired Babylon, Duck & Rice is a Cantonese restaurant based on Shanghai in the 1920s, marrying traditional Chinese design with moody European art-deco styling.

The restaurant name gives an indication of the menu’s main star: Cantonese-style roast duck. It can be had in half or whole portions with house-made plum sauce, or pancake-style. Cooking the duck is a four-day process that starts with simmering the bird in a pot of water seasoned with spices, instead of dry-stuffing it before roasting.

Over at the bar, there's a smaller à la carte menu available for more casual dining. The drinks list is inspired by Chinese flavours, where an Old Fashioned comes with black-sesame rum and the Clover Club uses Szechuan-flavoured gin. You can also get flights of absinthe or the pungent Chinese white spirit, baijiu. There’s a well-considered range of non-alcoholic options too, including house-made sodas such as chrysanthemum or lychee and elderflower. A mocktail called Salt v Citrus features pink grapefruit, citrus, agave, salt and soda.