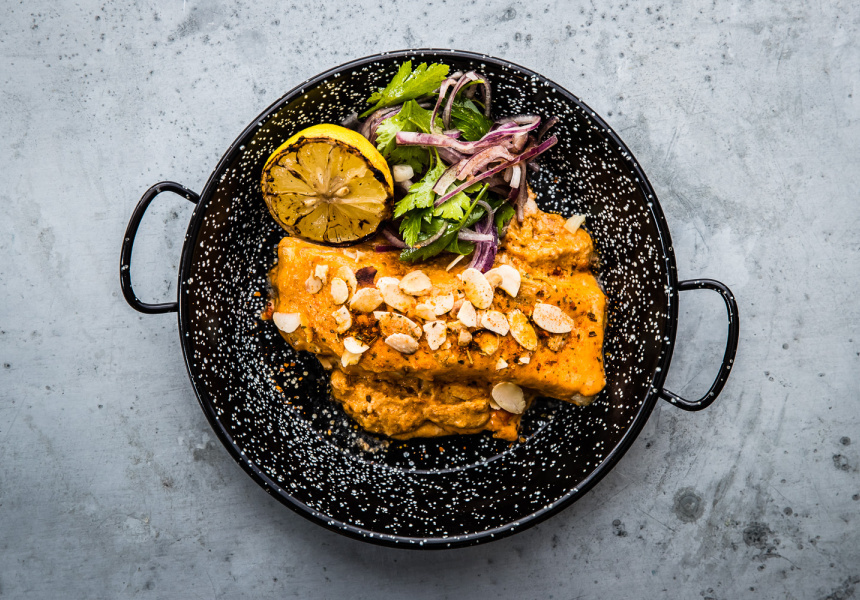 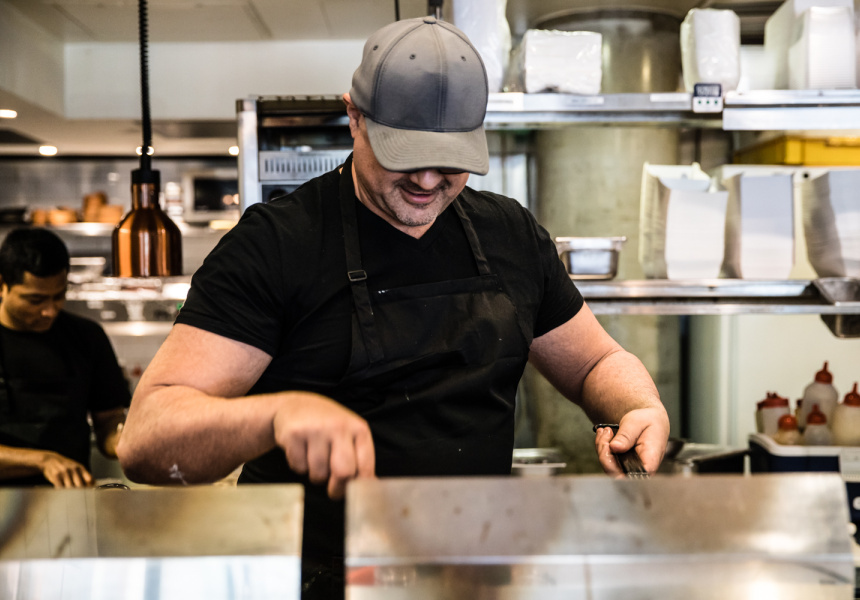 Matt Yazbek spent 15 years working with Japanese cuisine Toko, Tokonoma, Toko Melbourne, Toko Dubai and others) before he opened a venue serving another style close to his heart.

Cubby’s Kitchen is Yazbek’s first Lebanese restaurant, and he runs it with his sisters Amanda and Diala, his brother Richard and his mum, Cubby Mouna.

Cubby’s serves a 50-50 split between recipes by Mouna and Yazbek’s sisters, which are traditional Lebanese dishes, and new, mostly Japanese-fusion dishes.

At Cubby’s Kitchen the traditional Lebanese aspect is represented by charcoal-roasted, skewered meats; lady fingers; and homemade basturma (a Middle Eastern, air-dried beef). The Japanese influence shows in the chunky babaganoush with sweet miso and the hummus with edamame and Japanese chilli. Then there are entirely new dishes, such as Yazbek’s duck-fat-braised chicken legs with za’atar crumbs, shallots and black-garlic aioli. It’s very casual; dishes are under $25, made to share and the drinks list (two to three red and white wines, three vaguely Lebanese-themed cocktails) is accessible. The fit-out, while more embellished than the Fish Shop site it shares, is equally laid-back.