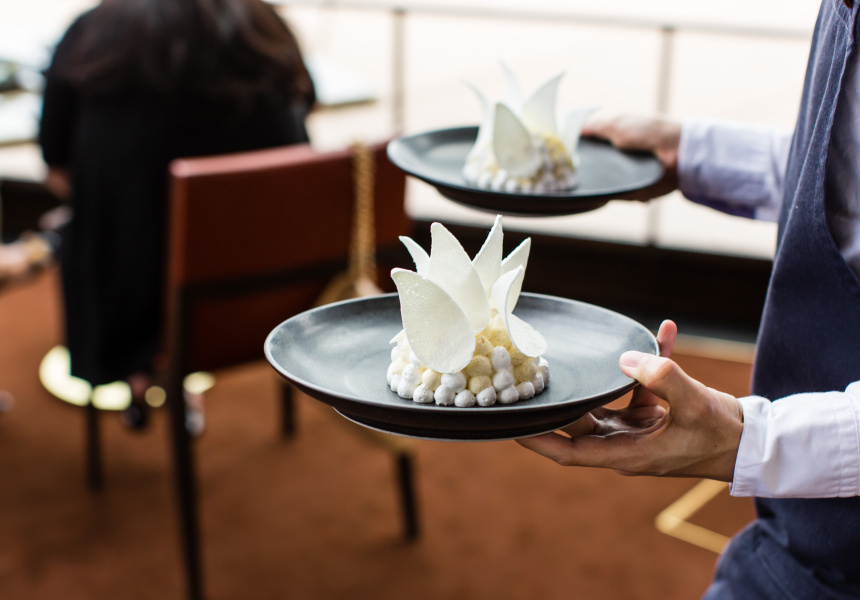 Bennelong’s pavlova is a spectacular sugary replica of the Opera House, with shards of meringue forming the landmark’s sails. It is part of a menu that is distinctly Australian; 98 per cent of everything served at Bennelong is Australian grown or produced.

This dedicated simplicity continues at the Cured and Cultured bar, a space where walk-in diners look over Bennelong chefs as they compose plates of food, often with tweezers. The menu features a selection of raw, cured and fermented ingredients, including Sydney rock oysters and red claw yabbies served with lemon jam, cultured cream and buckwheat pikelets. The bar also serves Australian-made prosciutto from Byron Bay black pigs, cured by a small company in Sydney that has been curing meat for about three generations.

Vegetables are an important part of the offering, from broad beans from South America, teamed with Flinders Island lamb, to the standout dish of roasted carrot, almonds, sherry caramel, feta, and amaranth.

The tri-level design uses honey-coloured brass and marblo – a soft, off-white resin that complements the materials already used in the Opera House. The space is the only place in the Opera House from which you can see the inside of the shells completely. And one of the restaurant’s most striking features is its commanding view of the Sydney CBD.

A supper menu is available for late night city-workers or a post theatre snack. Highlights include gourmet sausage rolls and a truffle and five cheese toasted sandwich. Bookings are offered until 10:45pm when performances run later than 10pm.