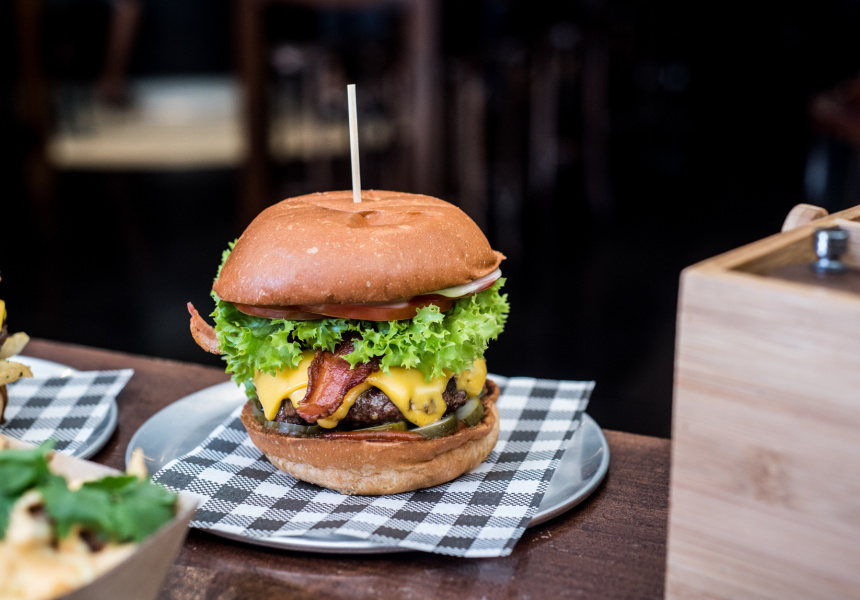 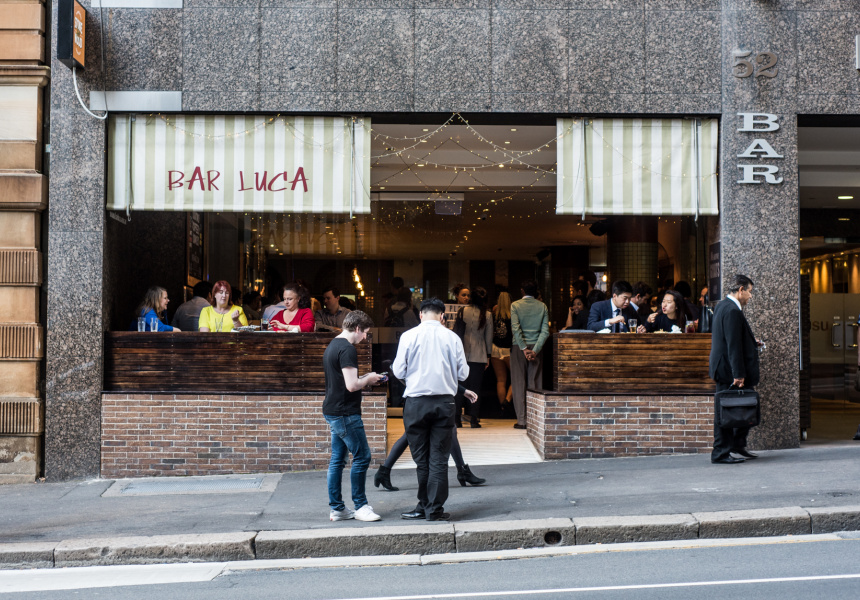 There are almost always three things outside Bar Luca: a raging font of smoke, a wait for table and relentless chatter about something called a Blame Canada.

The latter is the creation of James and Sarah Robbins, the burger masters and chef-owner duo behind both Bar Luca and BL Burgers. It’s 200 grams of succulent Wagyu, crisp maple-glazed bacon, molten American cheese, maple aioli and poutine between two soft milk buns. If you’re not acquainted with the Canadian delicacy poutine, it’s basically French fries, cheese curds and gravy – making the Blame Canada one of the most ridiculous, delicious and talked about burgers in Sydney.

Once part of Bar Luca’s experimental weekly burger specials (others have included fried triple-cheese patties, peanut butter, duck bacon and potato crisps), it became an essential part of every burger nerd’s diet. Most of those b’nerds will also attest to the Robbins’ less-inventive burger range. But whether it’s a classic cheeseburger, karaage chicken or pulled pork, they’d also recommend packing it with extras from the burger hack menu.

The non-burger experience is more standardised – the kind of classic CBD Friday afternoon atmosphere but with a more interesting beer list, and a mix of American and Italian sides such as lamb ribs with garlic and lemon; or smoky fried chicken wings.