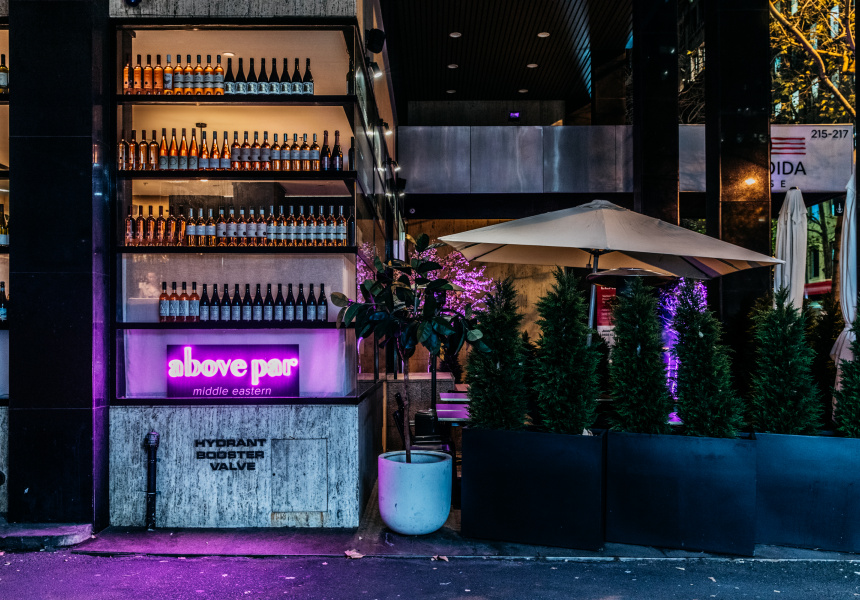 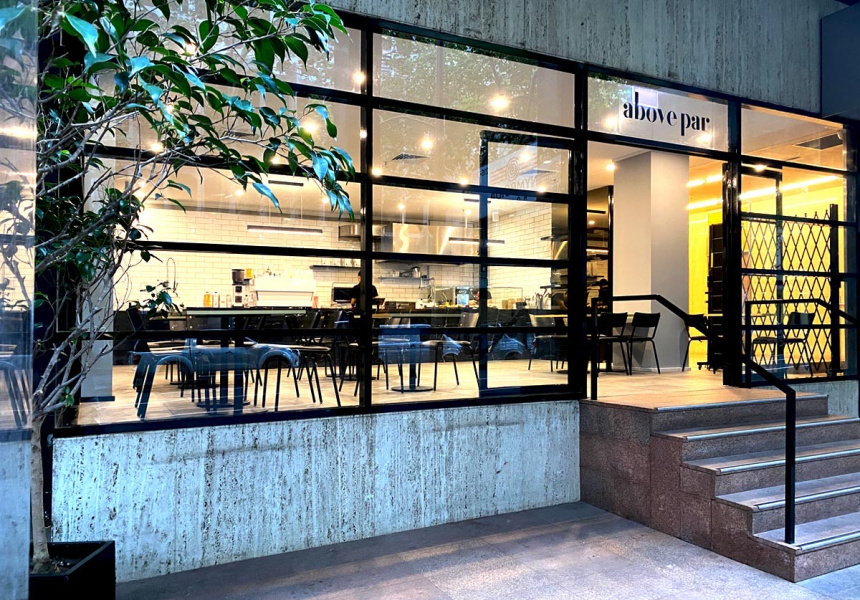 Although they met in Sydney, Above Par co-owners Ozgur Sefkatli and Eddie Topuzlu were both born in Turkey. The pair spent their early twenties living in Istanbul, and their CBD venue is inspired by the late-night feasts they’d enjoy after clubbing in Taksim Square.

During the week, their swish 60-seater bistro is open late enough for people leaving nearby bars such as the Baxter Inn and Cantina OK can get a meal before rolling home.

Dishes are best described as Middle Eastern classics that make the most of Aussie produce, and the all-day offering is ideal for anything from a mid-workday lunch to a dinner with mates. Expect puffy house-baked flatbreads paired with babaganoush and rustic sesame falafel; lamb kofte; manti (Turkish beef dumplings with yoghurt sauce); and vibrant levantine sides such as fattoush. For dessert, it’s a classic pistachio baklava with clotted cream.

On the drinks menu you’ll find a good selection of wines, as well as Mediterranean-inspired cocktails, such as the house favourite: pomegranate vodka rose shaken with rose shrub and Turkish Delight.