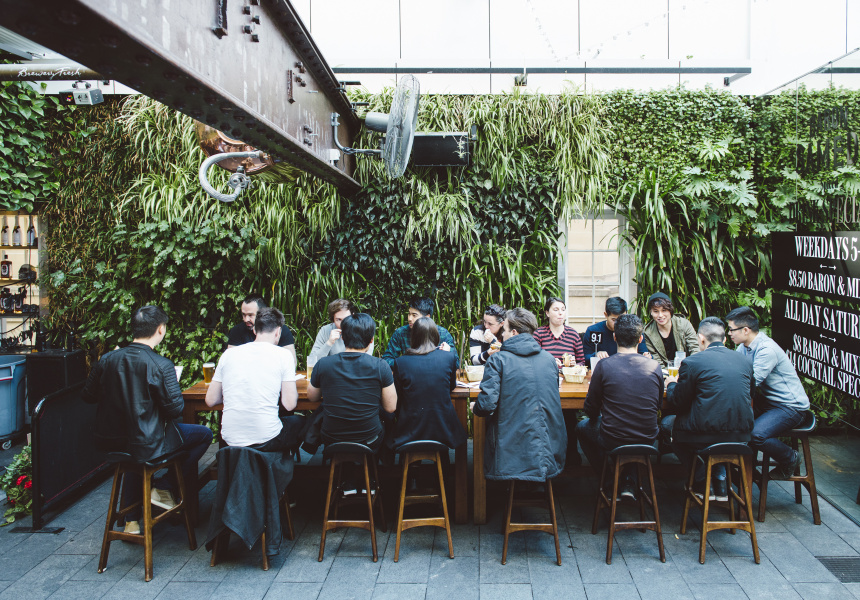 We suffer from a dearth of rooftop bars in this town, so Taylor's is a more-than-welcome addition to the city's northern half. Found on the third floor of the Republic Hotel, the bar is accessed from Tank Stream Way and then via a substantial flight of stairs.

The climb reveals an open-air space that's admittedly more roofless than rooftop, but the air is cool and Pitt Street's skyscrapers wink down from above. On the plus side, a retractable roof can swing into action during inclement weather. The exuberant greenery of the vertical garden proves a worthy backdrop and the heavy steel beam above it adds another dramatic flourish.

At the bar, Asahi, Peroni and Coopers are tapped and Lord Nelson, Doss Blockos and Cascade come in bottles. The wine list is lengthy and touches all bases and includes a wallet-emptying selection of champagne. Mixed drinks don't stray too far from the script with classics such as Margaritas, Old Fashioneds and Mojitos.