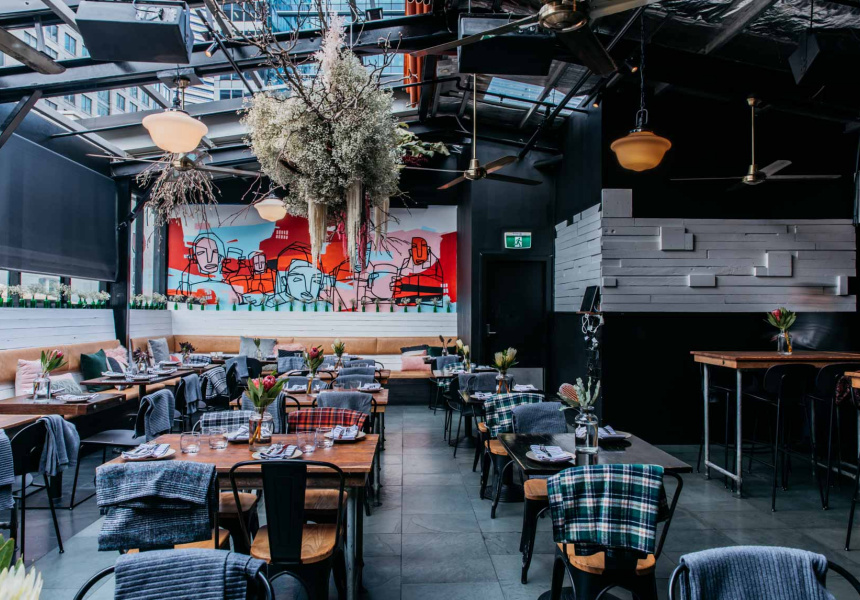 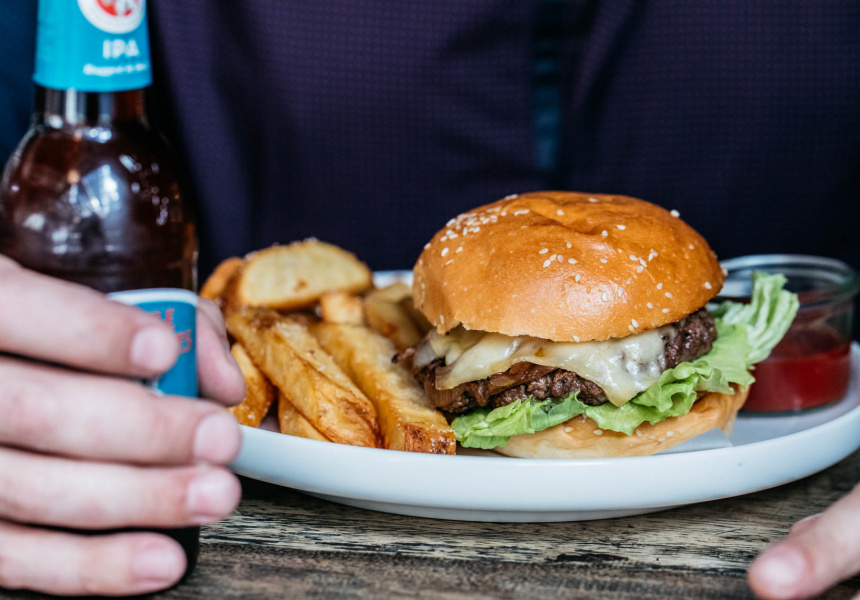 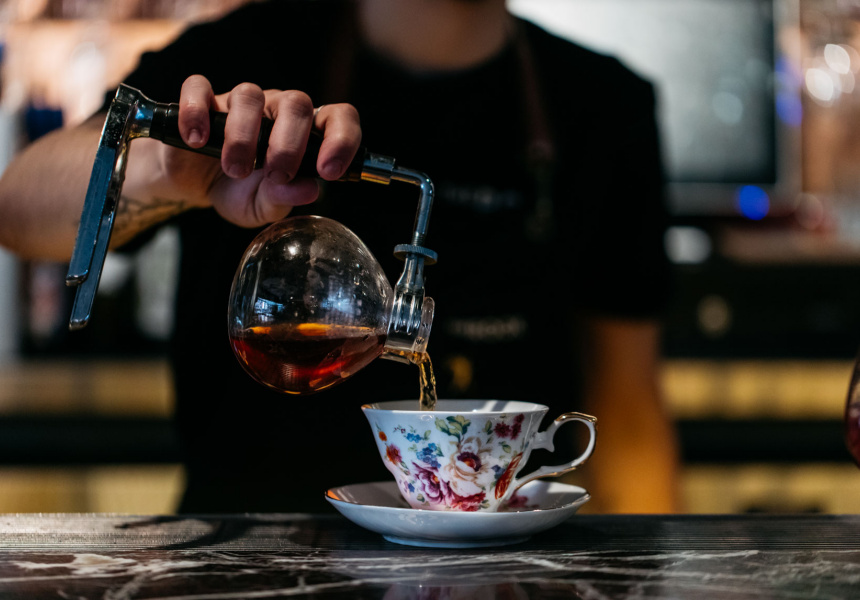 When The Rook opened on the seventh floor of a nondescript office building in the CBD in 2012, the gin bar attracted a bevy of fans for its lobster roll, which is served alongside a range of gourmet burgers. In 2019, everything from the fiitout to that lobster roll was given a refresh.

Now, the lobster roll is a snack-sized slider with a Japanese spin. The lobster is first poached in butter, then dressed with yuzu mayo, then topped with iceberg lettuce for crunch. The burger menu has been toned down from six options to two: a cheeseburger and fried chicken burger. Elsewhere, there’s a strong Asian influence. Hiramasa kingfish is dressed in gin and mandarin sauce, a whole deep-fried snapper comes with mango and herbs, and mussels are brought to the table in a lemongrass and coconut broth with chilli oil. In redesigning the menu, there’s been a clear shift in influence from New York-style to something more Californian.

That’s apparent in the decor: the grungy and shabby-chic interior is gone, replaced Picasso-like abstract feature wall has replaced the bold graffiti mural, and there’s now hanging florals and foliage, as well as dusty pink and burgundy cushions to match the deep-tan leather upholstery.