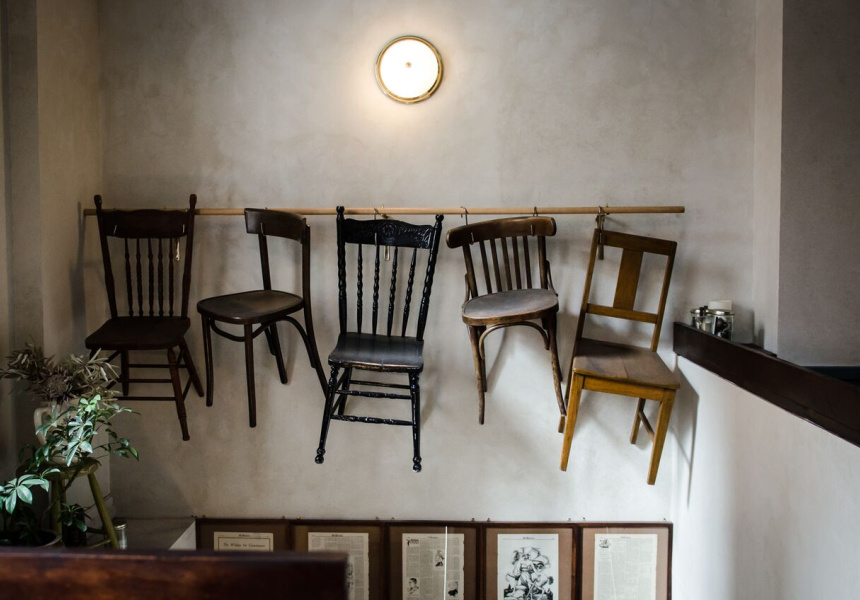 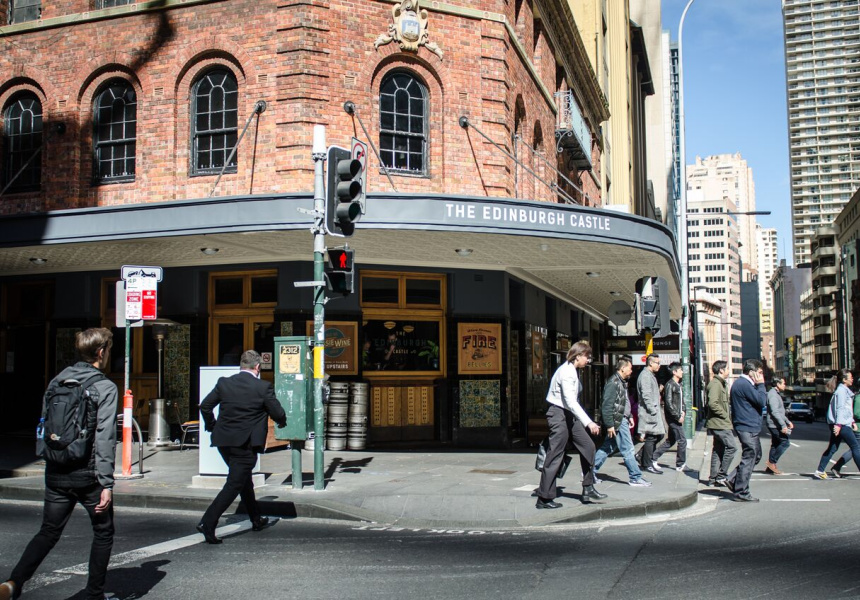 The Edinburgh Castle Hotel, reopened its doors in 2016 after an extensive renovation. The quaint, two-storey pub is a standout in a sea of skyscrapers, with its original brick and tile façade from 1885.

The Eddy is where poet Henry Lawson drank, lived and wrote. It was also frequented by the Australian Workers Union, and has always had a strong history as a fireys pub.

The existing tiling on the ground floor has been kept. And a long bar has been added. A large portrait of Lawson hangs on the wall with framed pages of The Bulletin (a publication Lawson wrote for).

Upstairs what was once numerous hotel rooms is now an elegant cocktail bar, dining level and a timber-clad courtyard. With teal walls, brass trims, moody lighting and screens, the space is very intimate.