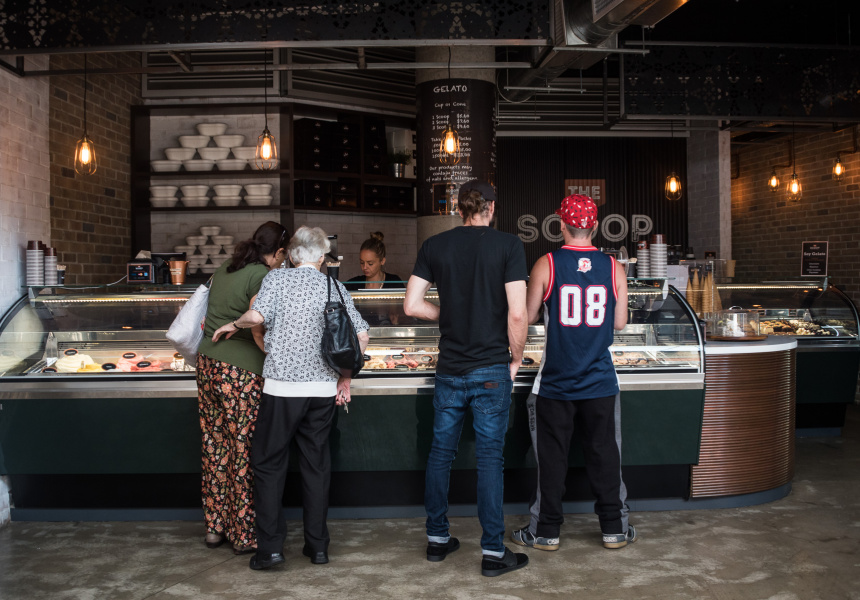 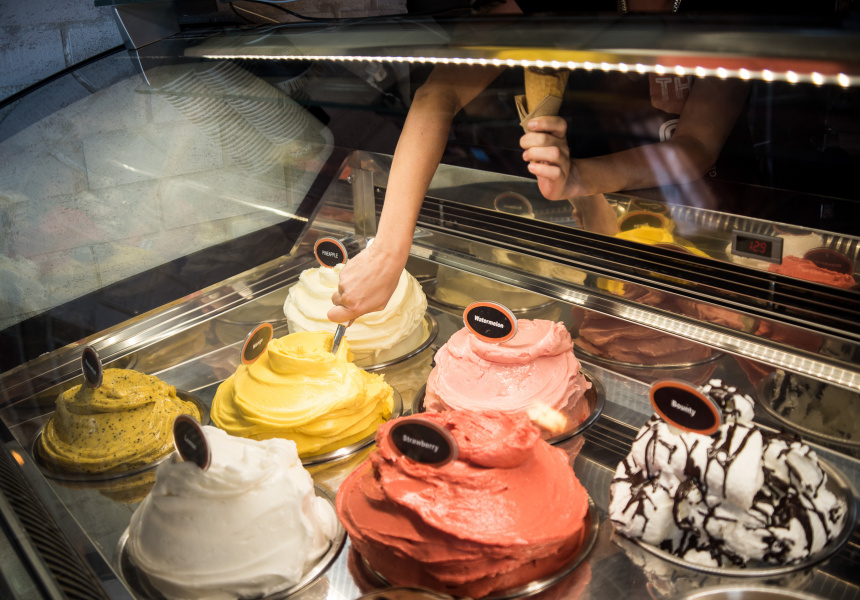 In a post-Gelato Messina World, Theo Koutrodimos believes you have to be the best to compete.

He and his partner and co-owner Mary make every one of The Scoop's 35-plus flavours from scratch – which is rare in Sydney. That means no pastes (even some of the most reputable gelaterias use nut pastes), no powders and no syrups. Every flavour is made using fresh, premium ingredients.

The chocolate sorbet – which favours Valrhona chocolate over Cadbury – is super smooth and beautifully rich. The pistachio flavour is one of the only scoops made in Sydney with Australian-grown nuts. It has visible flecks of pistachio and an incredibly deep, almost earthy flavour.

While The Scoop maintains tradition with flavours such as tiramisu and torta della nonna (a lemon pie flavour made with a custard base), many others are certainly new-school. Cheesecake, red velvet and brownies are made with chunks from Mary’s homemade cakes. Other scoops are inspired by Bounty and Toblerone. Koutrodimos tastes and adjusts his creations every day.

He doesn’t have a story of recipes handed down through the generations like most chefs do, either. He’s from a manufacturing background, and learnt to make gelato first at the acclaimed Carpigiani Gelato University and then from Stefano Tarquinio, a master gelato maker (from Al Settimo Gelo, a respected gelataria in Medicina). Tarquinio flew to Sydney to work with Koutrodimos in a makeshift laboratory set up in one of his factories.