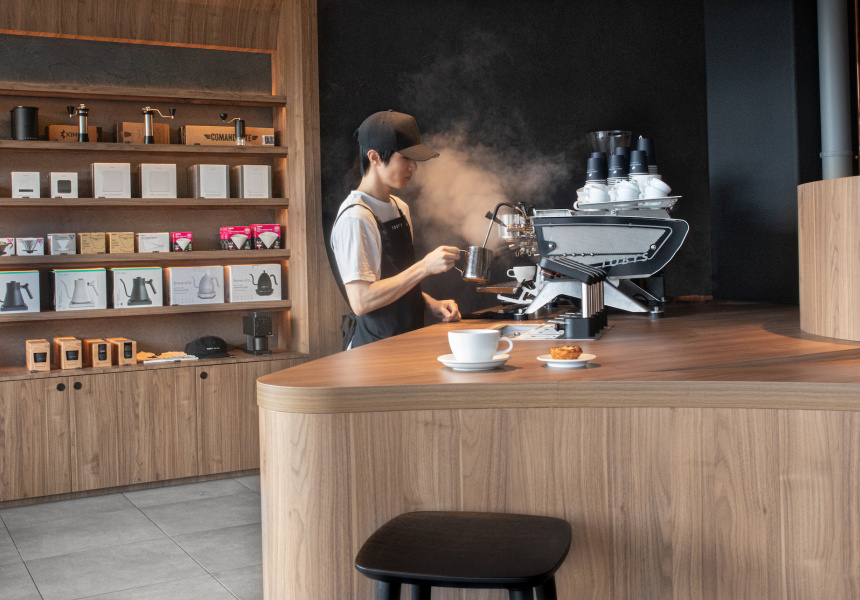 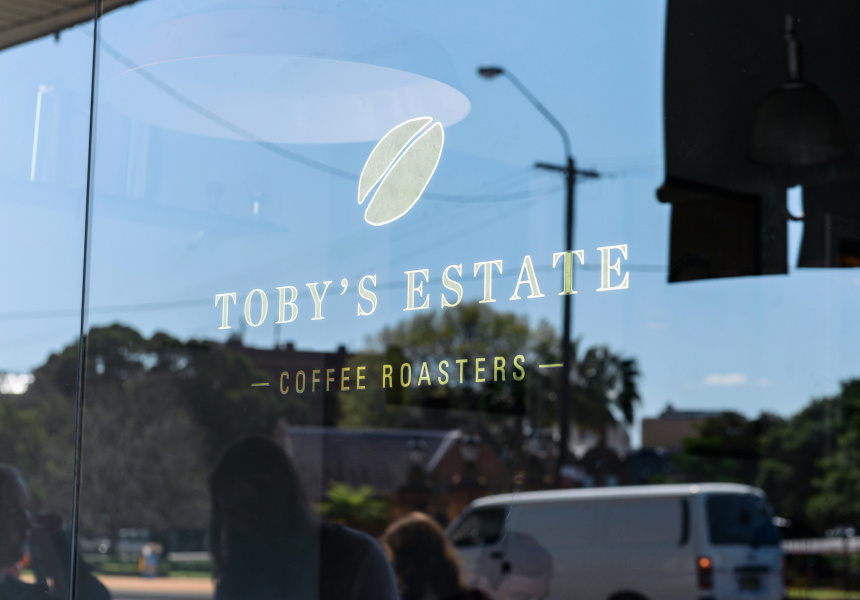 In 2022, Sydney specialty coffee roaster Toby’s Estate transformed its flagship Chippendale cafe into an experiential space, where customers can chat with baristas, get up close to the filtering process and see roasting in action.

Key to this evolution was a design by architects Russell & George, best known for the distinctive look behind many of Aesop’s striking stores. At the centre of the space is a spectacular curved island bar. On one side, baristas work at an outward-facing machine, so you can follow along as they make your coffee. On the other is a filter bar, where you can try experimental blends and single origins.

The coffee menu offers both Toby’s Estate classics, such as its Woolloomooloo blend (named after the Sydney suburb where founder Toby Smith started experimenting with coffee in his mother’s garage in the late ’90s), and rotating flavours. Also available are Toby’s Not Hot Coffee cans, in Oat Milk Latte and ’Spro Tonic (a sparkling coffee with a natural orange flavour) varieties.

Floor-to-ceiling glass adds to the roomy feel of the space, overlooking the roastery on one side and the street on the other. Suspended mirrors provide a bird’s eye view of the action wherever you’re sitting. For those who’d rather keep to themselves than chat with the baristas, there are tables around the perimeter.

Along with pastries by Tuga, the food menu hinges on toasties and baguettes. Standouts include the toastie packed with Wagyu, pastrami and three cheeses, and the baguette with hot-smoked salmon and pickled zucchini