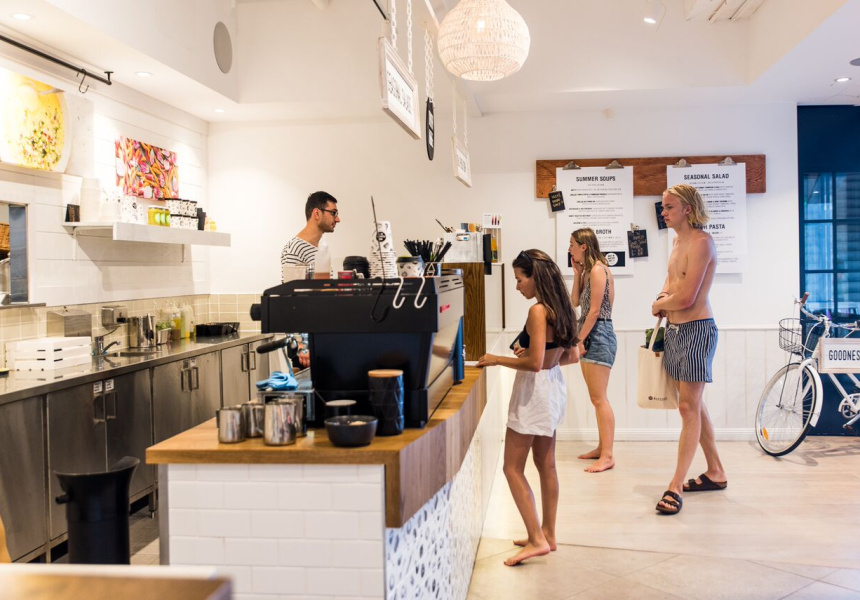 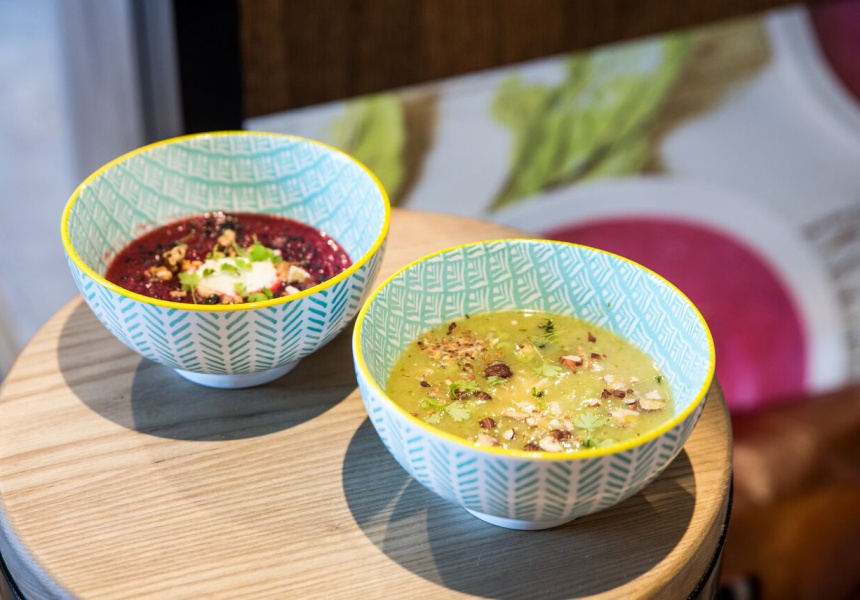 Sister and brother Candice and Chris Miller, originally from Canberra, make soup at the beach. In the chilly Canberra climate, hearty, warming soups made sense, but for Mr Perkins they tweaked the approach. Soups for summer are chilled and made from seasonal produce. The result is a light, refreshing snack.

The chilled tomato soup is simple and more-ish. It’s made from tomatoes picked at the height of their sweetness blitzed with basil pesto, salt and extra-virgin olive oil, the thought of this soup lingers well after eating it. It’s served with a parmesan popsicle which keeps the soup cool and adds a tart saltiness. There’s also a chilled-watermelon soup made with feta, caramelised onion and mint.

The space is bright and cheerful, with stools along the pasta bar, a few booths and a, big, wooden communal table.