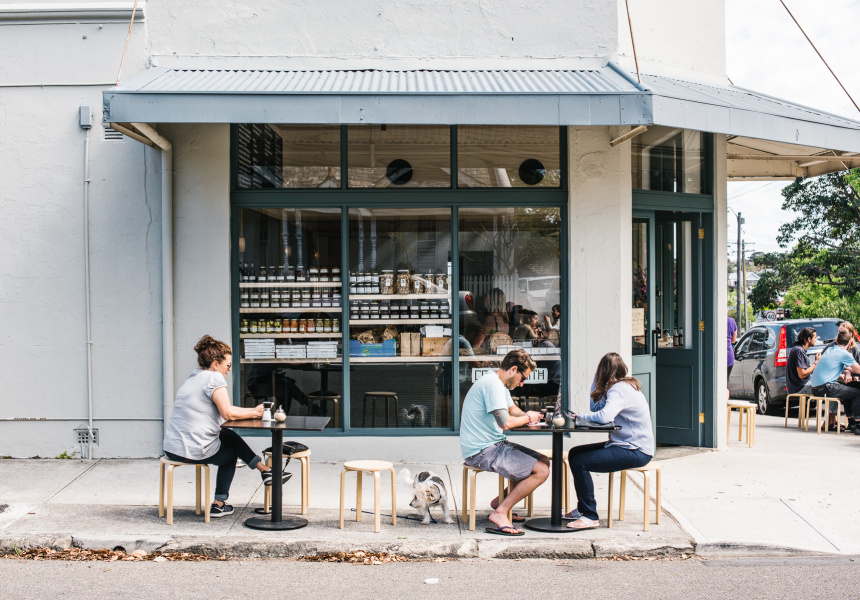 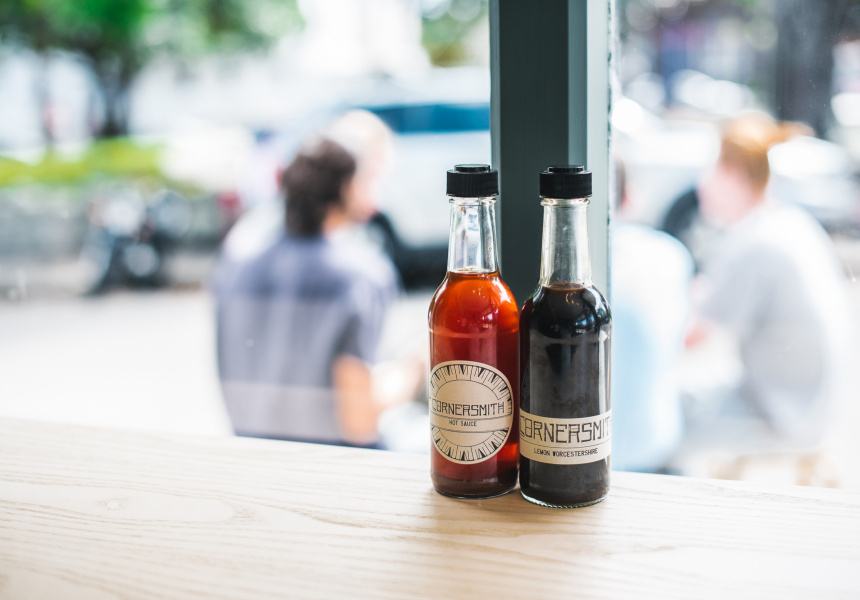 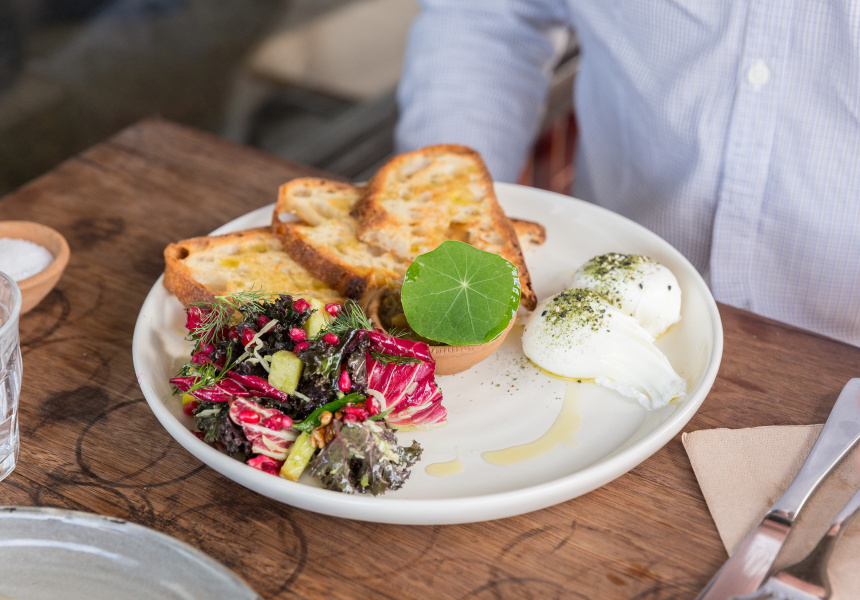 At the Annandale Cornersmith cafe produce is strictly seasonal and there are pickles and ferments, as well as other produce, from mostly local, small-scale producers. It’s also completely vegetarian, unlike its Marrickville counterpart.

There’s no signage announcing it, and everything feels and tastes the same as at the original. It’s a continuation of an ethos that began at Cornersmith Marrickville; trying to push the idea that meat can be secondary.

On the menu there’s kimchi pancakes and goat’s curd; a toasted sandwich with pickles and cheese; and a pita sandwich with black beans, snow peas, cabbage, coriander, goat’s cheese and a fermented pineapple sambal.

There are delicate and finessed Cornersmith-typical dishes that rely, as ever, on the cafe’s network of producers. Such as the charcoal bread from Nonie Dwyer with Kristen Allen’s buttermilk ricotta, pickled baby eggplants and beans, peas and herbs from veggie man Shane Roberts. For kids try the cinnamon waffles made with Pepe Saya buttermilk.

Because the cafe opens onto Annandale parkland there are DIY picnic boxes and a small deli. Cornersmith can even supply picnic blankets. Even inside the cafe there’s an outdoorsy, picnic vibe thanks to the high ceilings, wide windows (which look straight out onto the park) and a bright, lightly furnished fit-out.