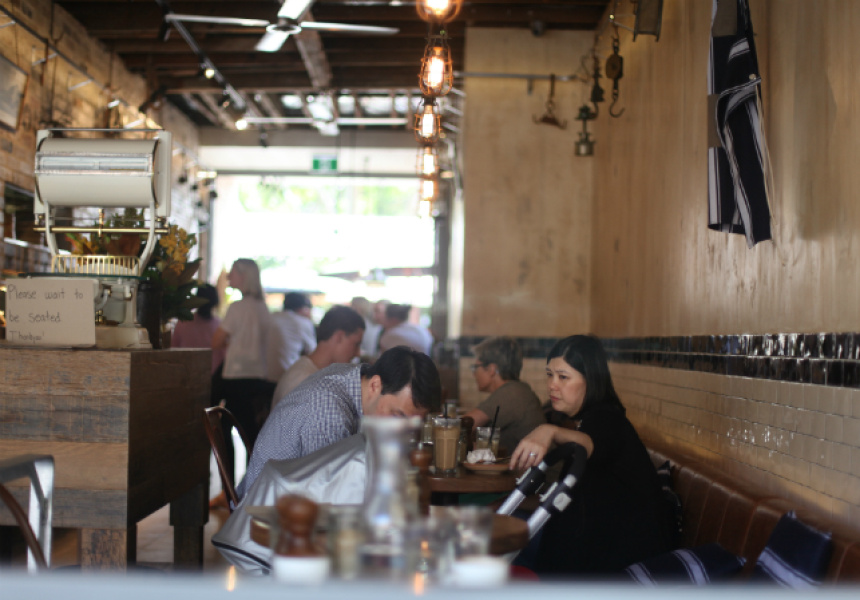 Both locals and those from further afield are flocking to the area to nab a table at The Butcher’s Block, a casual yet brilliantly designed cafe on the main street. George Karnasiotis, with his son Anthony, jumped on the venue when the suburb’s local butcher came up for lease.

Inside, the team have preserved the history of the building in some unexpected ways. The wait staff’s aprons display the quintessential blue and white stripe traditionally reserved for purveyors of meat, and the original butcher’s meat hooks – rusty and worn (and only a little bit reminiscent of Wolf Creek-style weaponry) – that were discovered in the roof, are strung along rails at the edges of the space. Various glinting knives, knife sharpeners and all things slice-and-dice hang suspended from them. A set of shiny scales sits front and centre in the cafe’s entrance (a welcome gift from another local cafe) and the walls are brushed with signs for pork chops and quality meats.

“We’ve had people come down from the Central Coast, from the eastern suburbs, all around,” says Anthony, as his staff breeze between tables at the busy cafe. It’s clear the area was yearning for a casual spot like The Butcher’s Block, and when they open for dinners of laidback (with a touch of Greek-influence) share plates, Australian wines and friendly atmosphere, we predict this family affair will be busier than they realise.

But for now, stop in for hearty fare, with a slight lean to the meaty side of things. Perhaps a chunky beef and red wine pie, pappardelle with house-made meatballs, or sliders topped with various cheeses. Mornings see Brasserie Bread fill the toaster and Allpress coffee handled with finesse.