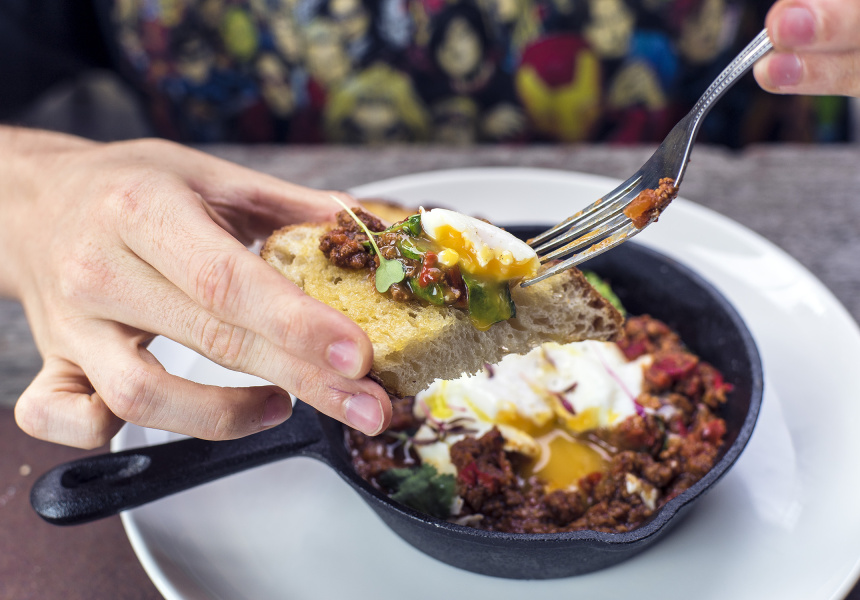 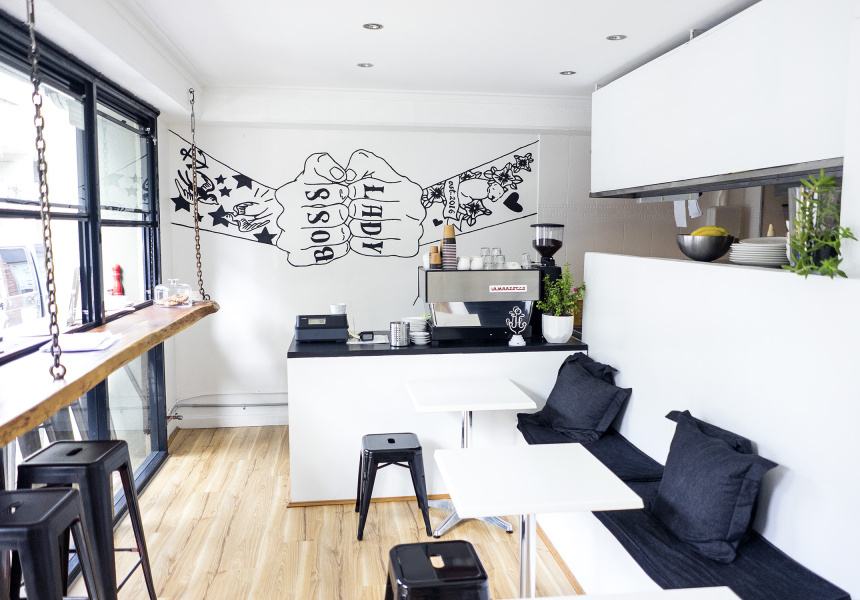 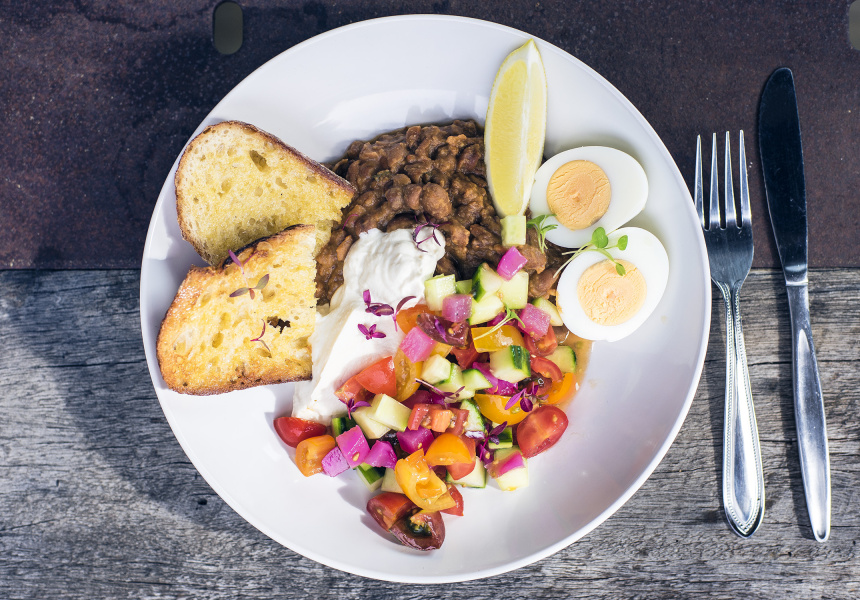 Boss Lady Food & Co is a first-time project from hospitality veterans and friends, Suzanne Bebawy and Helen Munday. Dishes are named after the people who are important in their lives.

A glance across the menu reveals influences and garnishes from Egypt and Greece. Munday’s mum, Shirley, is represented by a cold ploughman’s plate with a Mexican mozzarella-like cheese, ham, pickles, labneh, sourdough and basturma, an Egyptian air-dried beef.

Bebawy and her mother Dina provide the Egyptian influence in the burgers. They have slow-cooked beef ribs; coffee-infused barbeque sauce; and either slaw or egg.

Ful is an Egyptian breakfast of baked fava beans coloured with a tomato salad, boiled eggs, labneh and brassie sourdough. Lahma mu'assaga, a stew of spicy lamb mince is topped with eggs and served alongside a pickle salad and toast.

The space itself is barely bigger than most living rooms and relatively unadorned besides for the tattoo-like boss-lady insignia looming over the counter, but a bar at the front saves it from feeling claustrophobic.

Cheese and wine nights are hosted from Boss Lady’s street-side bar. Don’t expect buffalo mozzarella, roquefort or Parmeggiano, though. For example, the pair has played with a cheese rolled in sesame and fried. It is then drizzled in honey.