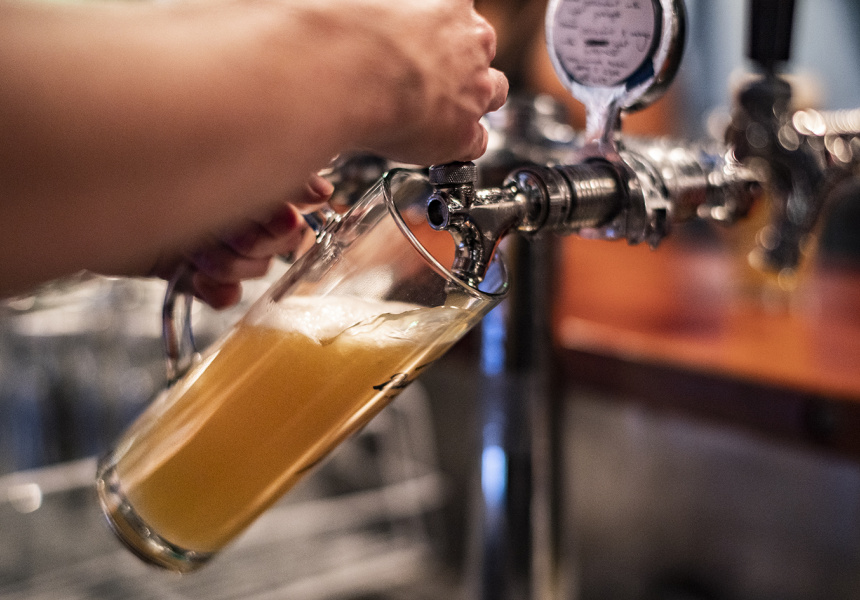 Co-founders Nick and Alexi McDonald have a paddock-to-pint ethos, growing their own cascade and centennial hop vines on Hunter Valley farm, the original Bucketty’s site. The McDonalds relocated to Brookvale when the government redefined craft brewing as light industry, which is prohibited in rural zones.

Now, the industrial-tinged Brookvale taproom is filled with vestiges of the original Hunter Valley site. The bar is made from swathes of ironbark timber, milled from a fallen giant in the Bucketty bushland. The robust steel frames on every table were welded by a local craftsperson. The feature table is crafted from 100-year-old wooden beams, salvaged from a bridge near Mount Yengo that was incinerated in the 2021 bushfires.

Head brewer Tony D’Astolfo – formerly of Six Strings Brewing on the Central Coast – simply brews more of what people like. Taps rotate regularly, but you might find a hazy pale ale at the top of the list, followed by a clean American-style lager and a wet-hopped ale, using hop flowers from those vines up in Bucketty (the original site is now a dedicated function space).

They also run guest taps with local beers such as Quakers Hat Brewing, plus wines and a few cocktails. A food truck serves drinking-friendly meals, including burgers, lamb skewers and a $20 rump steak.