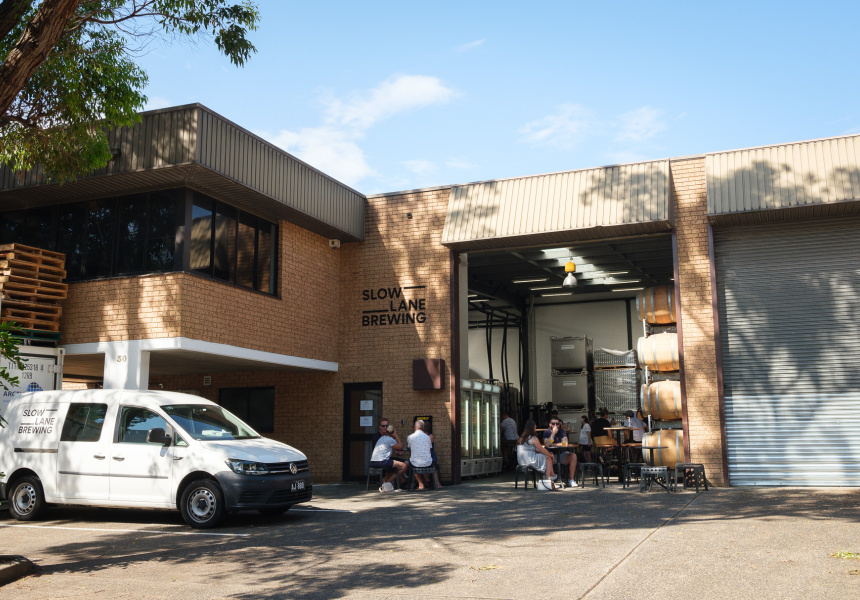 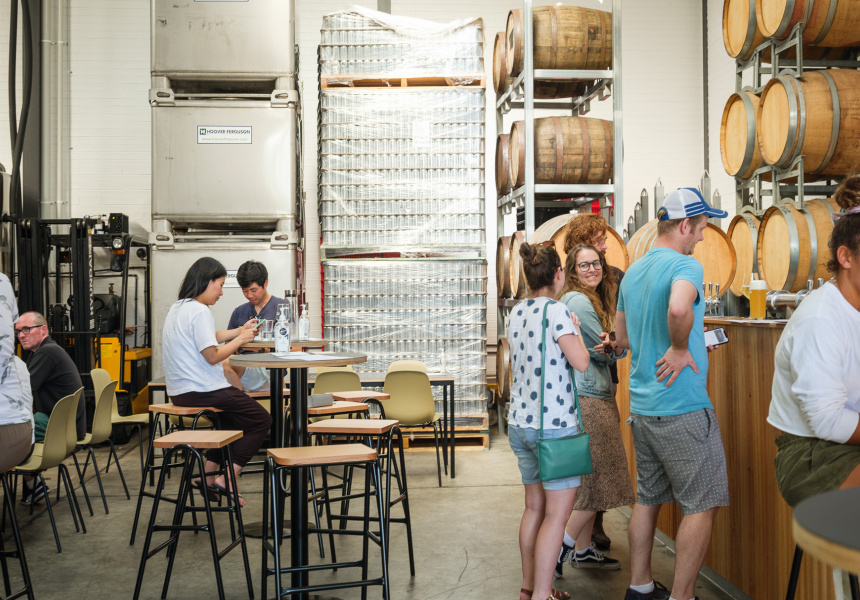 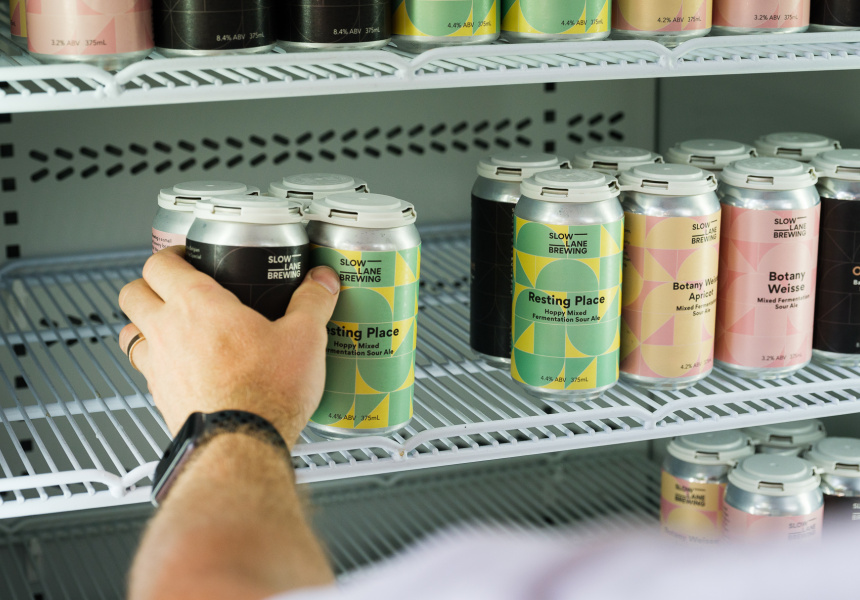 One of the first things you notice when you walk into Slow Lane Brewery’s warehouse is a wall lined with wine barrels. Order a drink from the Scandi-timber bar and chances are it’ll come in a glass not dissimilar to what you’d get at a winery. Are we in the right place?

We are indeed. Many of the beers at Slow Land are left to age in oak barrels, it's emblematic of the brewery's method of combining old-world European beer styles and techniques in exciting and modern ways.

Brewer and co-owner Alex Jarman's interest in brewing was piqued when he moved to New York in 2012 and saw how local craft breweries were putting modern spins on the traditional European beers he loved. His wife Yvonne Jarman bought him a home-brewing kit. Soon enough he’d quit his job in financial services to learn the craft at commercial breweries in California. Two years later, the pair returned to Sydney to launch their own brewery.

His Resting Place Hoppy Sour Ale is brewed using an experimental yeast strain that was discovered growing on a tree in a Philadelphia graveyard. Jarman was the first brewer in Australia to get his hands on it. Then there’s the Old Russet, a Belgian sour-brown ale that’s aged for six months in wine barrels. Tasting something like a sour to start, it slowly evolves in the mouth into a dark brown before finishing with rich notes of hazelnut. Interesting is an understatement, but it’s a flavour profile not common in other beers (new or old), and it really reflects what Slow Lane is about.

Drinkers in the sleek tasting room sit among the silver brewing tanks, which are tapped at the bar (beers are also available to take away in cans). For non-beer-drinkers there’s also a range of wine, cider and local spirits. Bring your dog, bring your own food (or order in from nearby restaurants), but most importantly, bring an open mind to this innovative style of brewing.