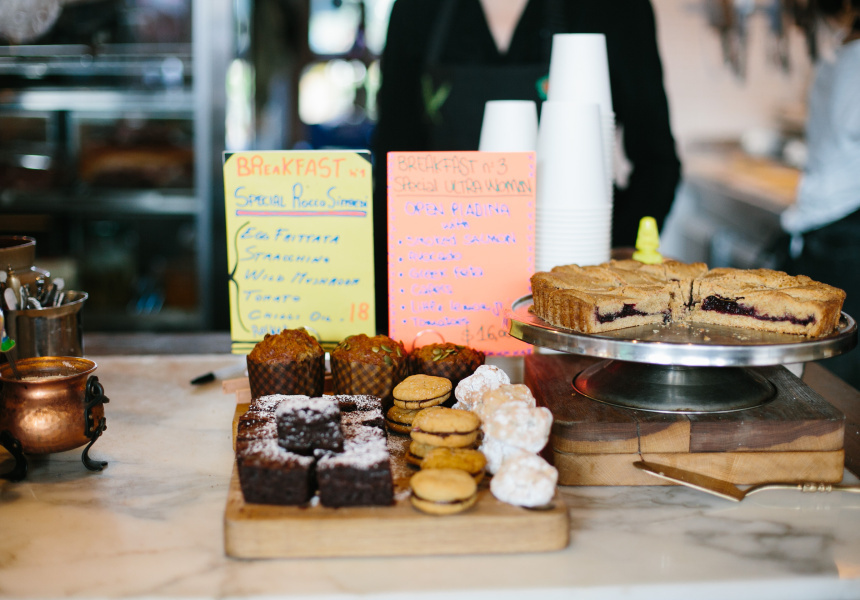 Fausto Zizoli opened La Piadina with his brother, Damiano, in 2008, and since then, the Glenayr Avenue hole-in-the-wall has grown from hidden gem to local institution. In 2015 it completed renovations to expand into the shopfront next door. It’s called Mercatino, which means “mini-mart” in Italian.

Here you can buy the raw ingredients used at La Piadina. One wall is dedicated to a fridge cabinet with European butter and prosciutto di Parma. The other holds condiments such as marinated artichokes and, a little randomly, Kewpie mayonnaise. There is pasta, sauces and olive oils from specific farms in Italy.

With the help of art curator Max Maldev, La Piadina’s street front is an activated wall; a local street or contemporary artist will be commissioned to paint the wall on the first Monday of each month.

The recipe here is consumerable art, but limited, not mass produced. At Mercatino most of the eclectic décor is for sale. Daniel O’Toole (known as Ears), painted the lone communal table. Zizoli’s personal record collection is also on display.