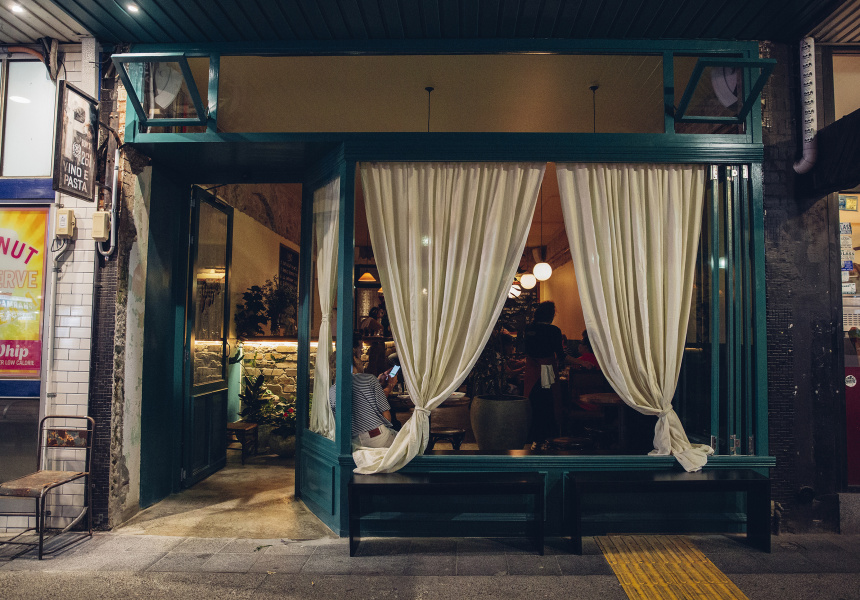 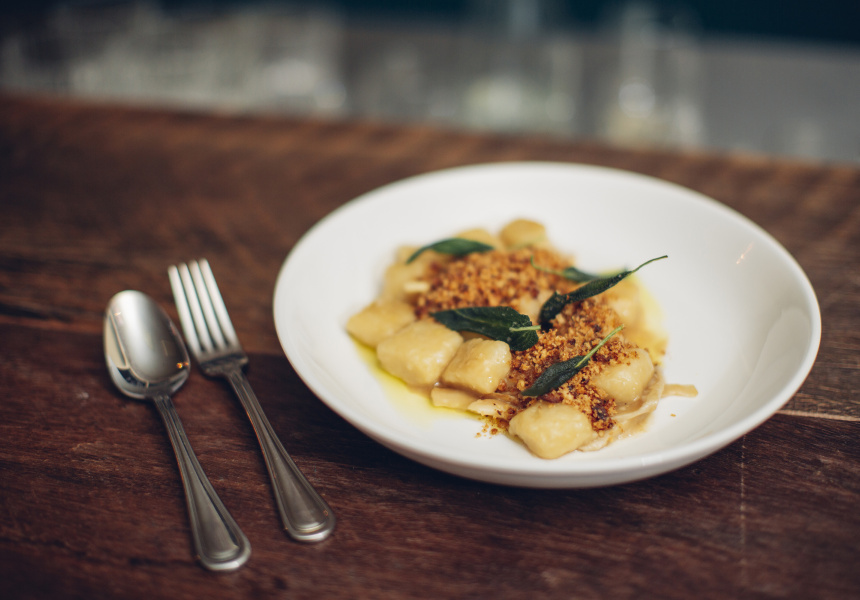 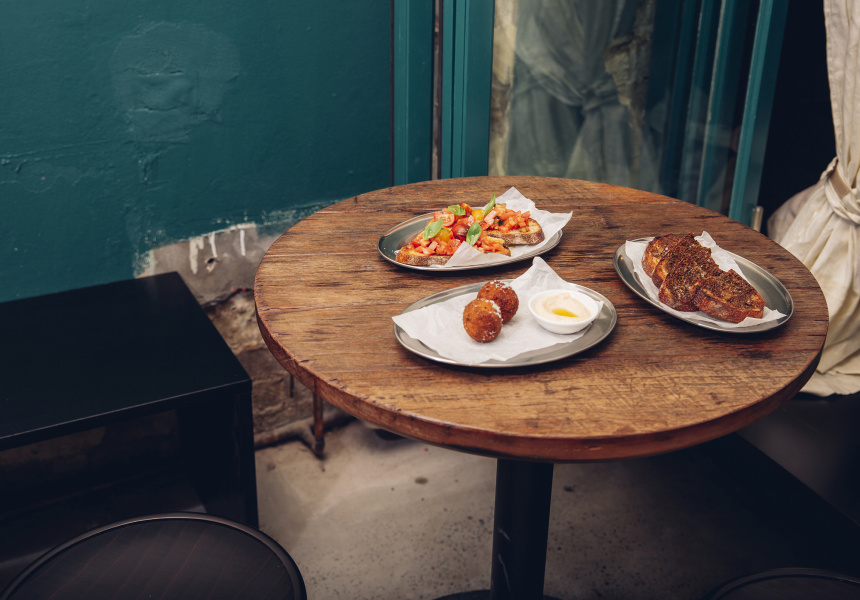 Grace Watson and Joe Pagliaro opened Peppe’s in early 2019. Like their other venues – Verd, Coffee Bondi Beach and upscale Waterloo eatery Paperbark – Peppe’s is all vegan. But there isn’t a single dish where a person might lament the absence of meat or dairy.

Take the gnocchi bianchi: if you didn’t know it was vegan, you’d think it had butter in it. It’s made using a rich, creamy porcini and cauliflower sauce. It’s one of the many standouts on the succinct menu, which is posted on a small chalkboard every day. Other highlights might include a green pesto gnocchi and a spaghetti with chilli and pangrattato (fried breadcrumbs).

Sides include a couple of salads, heirloom tomatoes and vegetables (such as squash, chilli and garlic), and antipasti featuring arancini and a very tasty rendition of garlic bread. Here it’s made on a slice of Iggy’s and topped with fennel, garlic and olive oil. Bliss.

Drinks are equally well chosen. There’s spritz, Negroni and Old Fashioned, all for $15, and around eight bottles of minimal intervention wine.