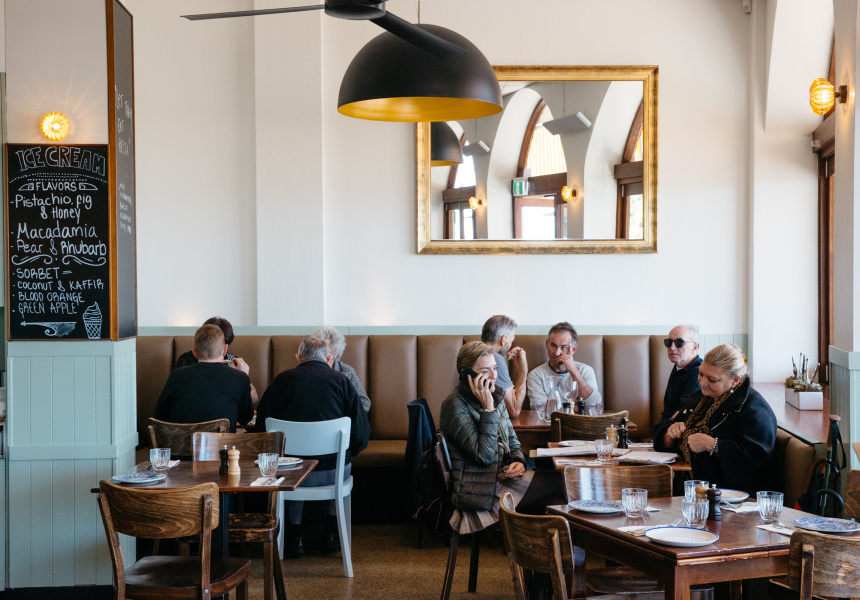 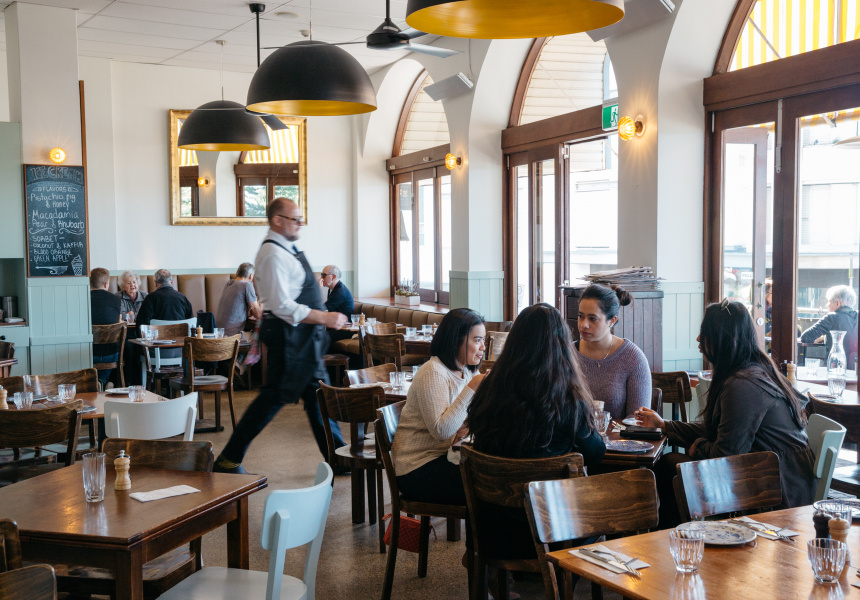 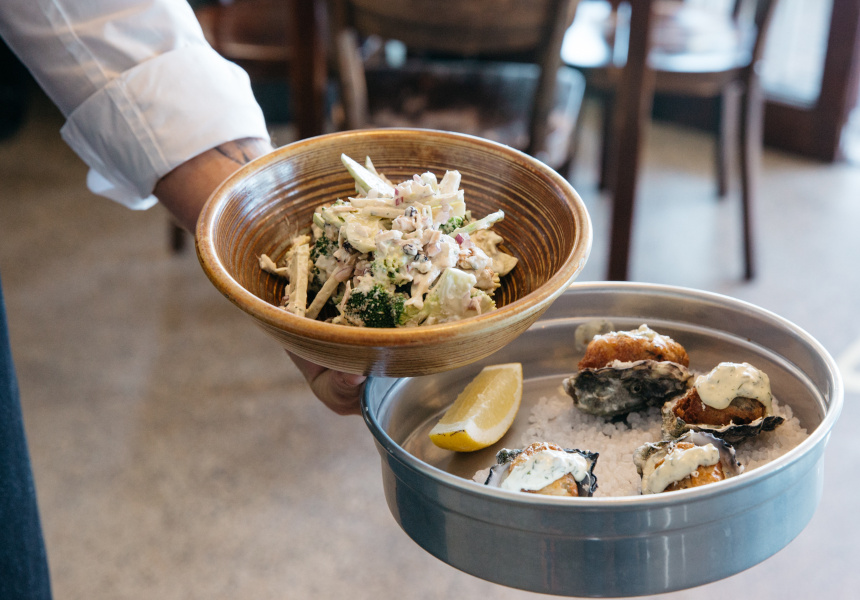 Bondi Trattoria was reborn in May 2017. After 30 years under the same ownership, it was taken over by Joe Pavlovich, the former executive chef to Luke Mangan’s restaurant empire.

A handful of framed photographs that have hung in the restaurant since it opened still remain, as does an updated version of an old signature dish: angel hair pasta with barely touched tuna.

Soft pastels complement the ocean outside and dark wood finishes make the restaurant feel like a provincial home. The crockery is mismatched and looks at home next to elaborate, heavy glassware.

Bondi Trattoria’s menu is weighted towards the start of the meal, with an extensive antipasti list. For the taramasalata, Pavlovich uses white roe – which is creamier and milder compared to the more common pink. He tops it with bottarga, lemon oil and fennel pollen, and serves it with grilled flat bread. Alongside classics like salumeria and oysters, Pavlovich serves raw diamond clams and Moreton Bay bugs.

Further down the menu are the classics: fish and chips, and steak, chips and Bearnaise, and pizzas. Roast carrots come drizzled with honey on a bed of roast saganaki cheese and topped with moreish granola. Golden beets are served with blue cheese, pear, macadamias and maple syrup.

Fellow ex-Mangan employee Alasdair France curates the wine selection. The bulk is Italian in origin, and those few that aren’t come from Australian vineyards growing Italian varieties. These are complemented by a cocktail list with classics and modern updates.