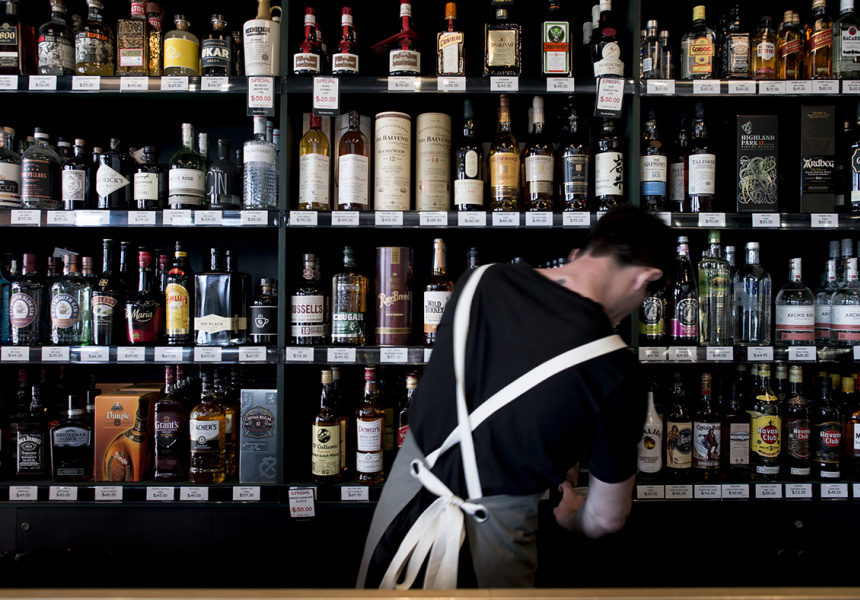 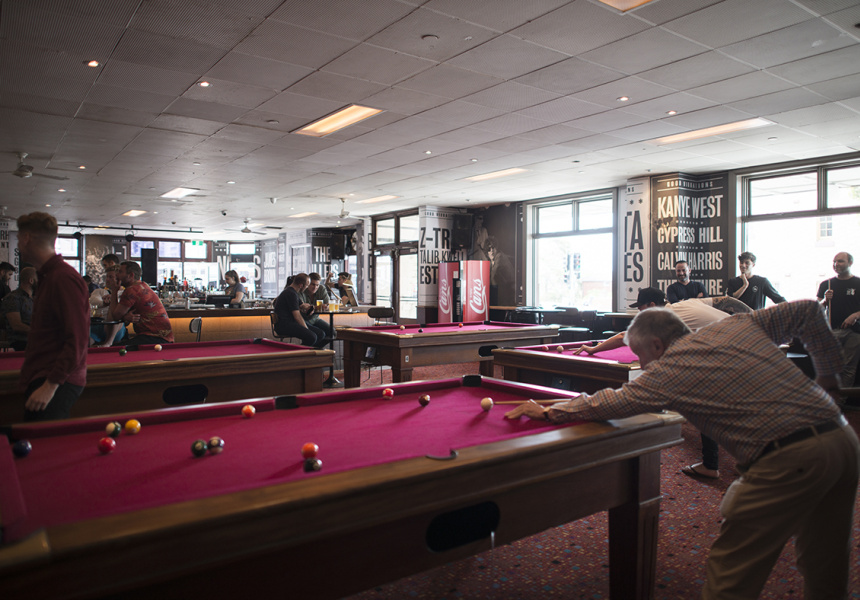 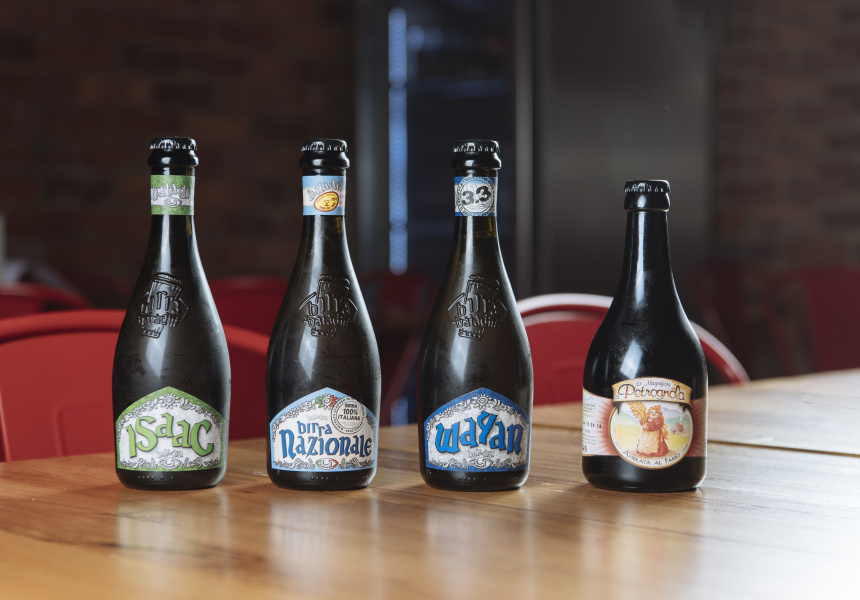 This grand corner pub has been a resident of Bondi Road since 1907. After a brief hiatus for a small zhoosh by hospitality giant Merivale (Bar Topa, Coogee Pavilion, Fred’s, among many more) it reopened in October 2018.

Instead of completely gutting the interior of the venue know for attracting tradies and other wearers of high-vis, the front bar still has the retro-patterned red carpet, pool tables and a dodgy scout hall-looking ceiling. Patrons can also still come in for live music or to belt out some karaoke.

Apart from the bar stools, which have been given an elegant update, and band posters now lining the walls, the only noticeable change is to the drinks list.

There are frozen Daiquiris, Margaritas, Espresso Martinis on tap, bottled Negronis and Boilermakers. This is where you choose a shot and then chase it down with an ice-cold beer like Furphy, Guinness or Hahn Super Dry, which are available on tap.

There’s also a new vending machine, nicknamed “The Machine”, which is packed with tinnies of Young Henrys Natural Lager. It’s a nod to The Royal’s dive-bar aesthetics.

There’s a focus on natural wineries (and rosé) from Australia and abroad, such as Commune of Buttons from the Adelaide Hills and Chateau la Tour de l’Eveque from Cotes de Provence in France. This same concept flows through to The Royal’s bottle shop, which has also reopened.