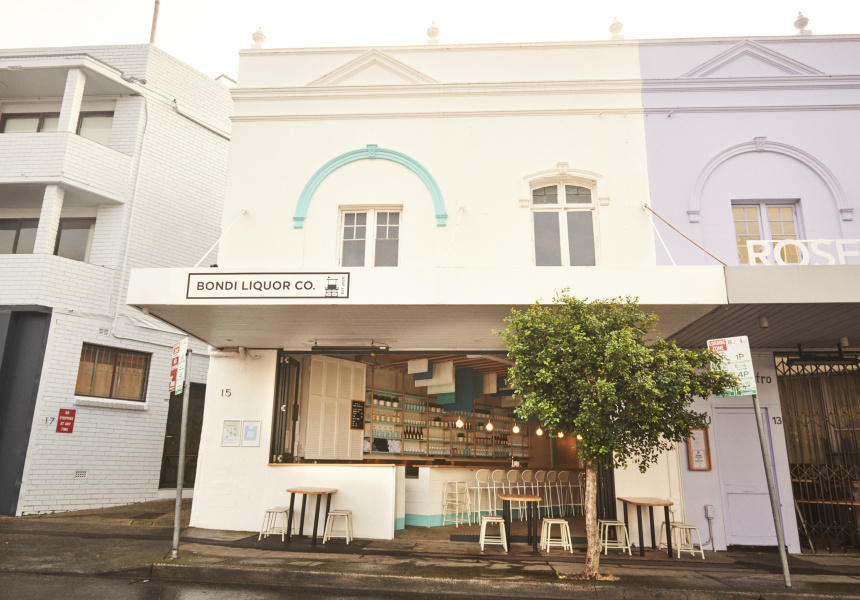 In 2021, Bondi Liquor Co. officially became Bondi’s first operating distillery. It was open for just three days before the city was plunged into a months-long lockdown, but held fast with a burger pop-up run by a Bennelong chef, which allowed the business to sell its hand-crafted spirits in the form of takeaway cocktails.

Bondi’s perennial white-and-blue colour scheme adorns the tasting bar – a breezy, sunlit space that’s perfect for a reviving gin-based cocktail (or tasting flight) after a few ocean laps. A timber bartop with high-stools runs along one side, with high timber benches running opposite and more seating on the curb outside. Upstairs has an understated, formal lounge feel, and can be booked out for functions.

But it’s out the back where the real magic happens, inside the distillery’s small-but-mighty copper still. Named after Bondi legend May Loftus – the first woman to achieve the Bronze Medallion prerequisite to becoming a surf-lifesaver in 1904 – this workhorse bit of kit is responsible for three core range gins: a citrus gin, a pink gin, and an original dry style. All three feature organic, Aussie-grown botanicals where possible.