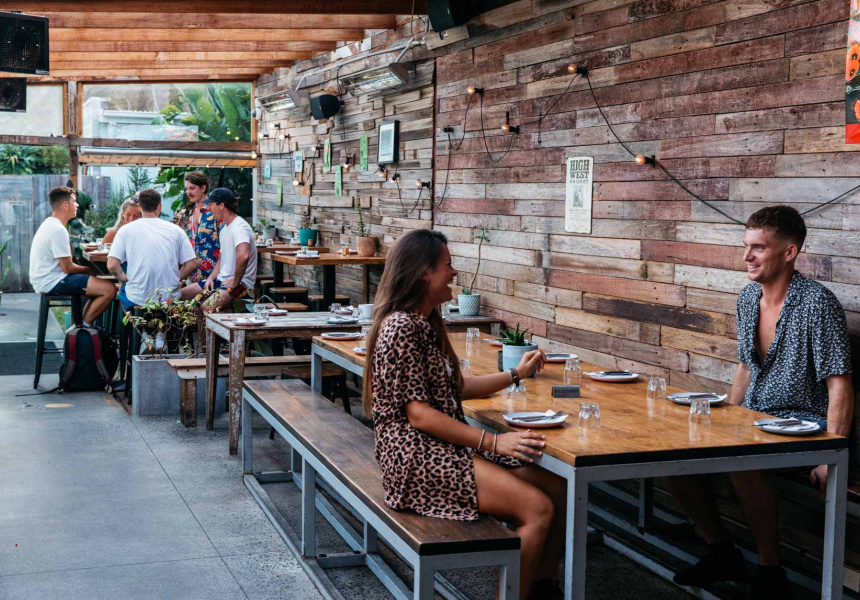 In 2019, Brendan Darcy and Ben Campbell took over Neighbourhood. A few things have been changed and refreshed at the Curlewis Street bar.

The theme has been extended into tiki-lite territory. The influence is subtle, but unmistakable: it’s there in the pineapple logo, the kitschy party shirts worn by the staff, the carved wooden mugs garnished with orchids, and in the flaming (literally) watermelon punch.

On the food front, many of the most popular items remain. But now the burgers and fried chicken are joined by lighter options such as poke bowls and watermelon burrata salad.