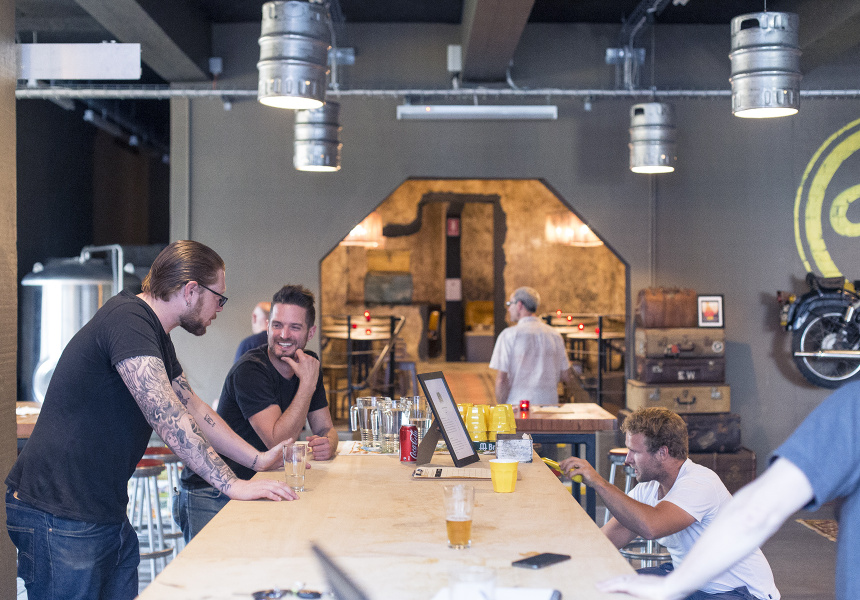 For four years Wayward Brewing lived up to its name. It rented tanks and made its beers at breweries such as Riverside in Parramatta, Batch in Marrickville and Illawarra Brewing in Wollongong. But then Wayward found this laneway home in late-2015.

A beer hall is attached to the brewery. The bar has hanging lights fashioned from beer kegs, an old-school arcade game and adjoining rooms that were formerly wine vats. The bar offers 24 taps, the majority of which pour Wayward beers. The rest are given over to gypsy brewers.

The seasonal range is most popular with serious beer fans, and the core range is more accessible. The India red ale sounds scary, but it’s just a delicious, big, red ale.